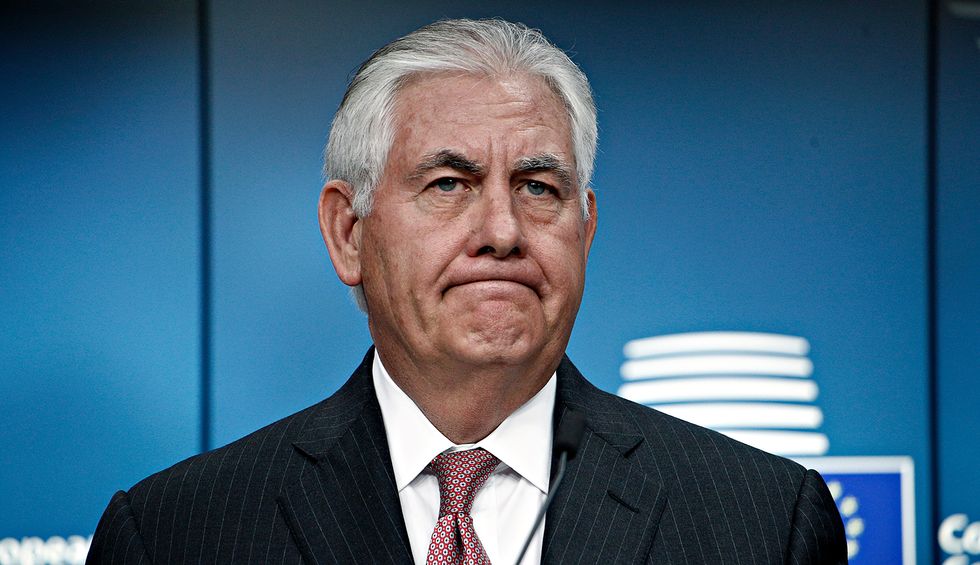 Former Trump White House Communications Director Anthony Scaramucci said on Monday that he believed we would soon see a groundswell of former Trump administration officials coming out to publicly denounce the president ahead of his 2020 reelection bid in an effort to warn Americans of his unfitness for office.

Given that the Trump White House has experienced record turnover during its two-and-a-half year existence, there is no shortage of disgruntled former officials who could come out against the president’s reelection campaign within the next year.

Below, we go through some of the most high-profile Trump officials who are most likely to split with the president in the coming months.

1.) Former Secretary of State Rex Tillerson. At the top of our list is the former Exxon CEO who regularly clashed with the president and infamously called him a “moron” during a Pentagon meeting.

The president has not been shy about expressing his disdain for Tillerson ever since he left his position, and he sent out an angry tweet calling his former top diplomat “dumb as a rock.”

All of this mutual animosity makes Tillerson the most likely to attack Trump in 2020.

In his resignation letter, Mattis took thinly veiled shots at the president’s notorious disdain for America’s system of international alliances.

“While the US remains the indispensable nation in the free world, we cannot protect our interests or serve that role effectively without maintaining strong alliances and showing respect to those allies,” the retired general wrote.

Trump subsequently pushed Mattis out the door weeks ahead of his planned effective resignation date.

3.) Former chief of staff John Kelly. Kelly, who like Mattis is a retired general, regularly played good soldier in public when it came to defending Trump, although there were always signs during his tenure that he hated his time working for the president.

He was caught on camera twice shoving his face into his hand when the president did something embarrassing, such as when he referred to North Korean dictator Kim Jong-un as “Rocket Man” in front of the United Nations.

Additionally, Kelly’s displeasure with working for Trump led to multiple anonymously sourced reports that he was desperate to leave the White House because it was a “miserable place to work.”

Trump was seemingly eager to show Kelly the door by the end of his term late last year, but he was reportedly reluctant to do so because he feared Kelly might publish a tell-all book about him leading into 2020.

Toward the end of her tenure, however, multiple leaks popped up claiming that she was upset at the president’s immigration policies, which suggests that she might be willing to turn on him next year in an effort to rehabilitate her image.

One leak from earlier this year to the New York Times, for example, claimed that Nielsen resigned in part because the president frequently flew off the handle when he was told that his plans for curbing undocumented immigrants were flatly illegal.

5.) Former Attorney General Jeff Sessions. No one more regularly suffered from Trump’s abuse than Sessions, the former Alabama senator who recused himself from overseeing the Russia investigation in early 2017.

Despite all this abuse, however, Sessions is reportedly considering a run for his old Senate seat in Alabama, which means he would more likely than not avoid attacking the president publicly.

6.) Former United Nations ambassador Nikki Haley. Haley started out as a Trump critic during the 2016 Republican primary before slowly morphing into a Trump toady during her tenure as U.N. ambassador.

Since resigning, Haley has mildly chided the president for sometimes stepping over the line with his tweets, such as when he mocked Rep. Elijah Cummings (D-MD) after his home got burglarized over the summer.

But like Sessions, Haley still has high political ambitions and she knows she will never fulfill them if she attacks a president who is rabidly popular among the GOP electorate.