The problem with Nancy Pelosi’s bad attitude toward progressives 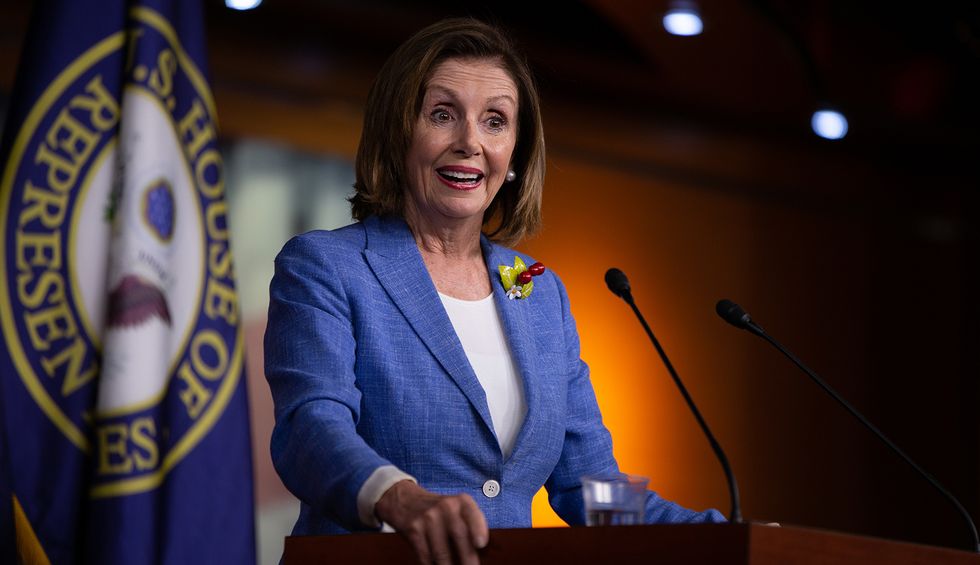 Here’s a thought experiment: Imagine that a letter from the billionaire real-estate broker George M. Marcus was hand-delivered to the office of House Speaker Nancy Pelosi, asking to meet with her. What are the chances that Pelosi would find time on her calendar?

Or, if the letter had come from the hedge-fund billionaire James H. Simons—who gave $10 million to that PAC during the last election cycle—would his request for a meeting with Speaker Pelosi be granted?

In contrast, we don’t need to speculate about what would happen if Pelosi received a letter from seven progressive organizations “urgently” requesting a meeting to discuss her recent dismissive comments about four progressive congresswomen—Alexandria Ocasio-Cortez, Ilhan Omar, Ayanna Pressley and Rashida Tlaib.

That’s what happened on July 17, when a letter was hand-delivered to Pelosi’s office in Washington. It was signed by progressive groups with millions of active supporters—Demand Progress, Democracy for America, Just Foreign Policy, Our Revolution, Progressive Democrats of America, and RootsAction (where I’m national coordinator). It was also signed by the largest caucus of the biggest state party, the Progressive Caucus of the California Democratic Party.

After a delay of more than two weeks, Pelosi’s office replied on August 2: “Unfortunately, Speaker Pelosi is unable to meet at this time. We will be sure to let you know if anything changes in her schedule.”

Pelosi has earned a reputation as a highly skilled legislative manager and a prodigious fundraiser. But her solicitous skills at cultivating wealthy patrons (the top 15 donors gave a total of $37 million to her House Majority PAC during the 2018 cycle) are matched with her rather contemptuous attitude toward progressives who don’t fit into the equations that compute for her on Capitol Hill.

Our letter pointed out that “the ultimate fate of legislative and electoral efforts will depend on active support from millions of people at the grassroots.” But inside the Capitol bubble, Democratic leadership seems to see progressive grassroots energy as more of a threat than an asset.

A month ago, Pelosi went out of her way to disparage Ocasio-Cortez, Omar, Pressley and Tlaib for voting against a bill that lacked adequate refugee protections at the U.S.-Mexico border. Pelosi told the New York Times: “All these people have their public whatever and their Twitter world. But they didn’t have any following. They’re four people and that’s how many votes they got.”

Pelosi later met with Ocasio-Cortez, but that did little to repair the damage. Lost in the media hubbub was the reality that Pelosi didn’t only express thinly veiled contempt toward four deeply progressive congresswomen; she was also conveying a similar attitude toward millions of Americans who share their political outlooks, while many have been drawn into political engagement due to their achievements. As our letter put it, “Dismissive comments about new progressive members of Congress have given the impression of a disdainful attitude toward like-minded progressives and Democratic activists across the country.”

Nor have Trump’s racist tweets about the four congresswomen changed the realities of how destructive it is for Speaker Pelosi to disparage those emerging leaders and their truly national grassroots constituencies. If Pelosi is supposed to strive for evenly piloting the Democratic aircraft as House speaker, why is she periodically throwing smoke bombs at its left wing?

The party should be called to account when its leaders let their ostensible principles slide. Pelosi’s ire at the four dissenting Democratic congresswomen was triggered by their strong opposition to inadequate protection for refugees. As our letter to Pelosi said: “At a time when flagrant institutionalized cruelty, racism, xenophobia, misogyny and other forms of bigotry have reached new depths from Republican leaders, we can ill afford the slightest wavering from unequivocal opposition to such extremism. Efforts to strengthen our resolve should be welcomed.”

At the same time, a key underlying reality is Pelosi’s alignment with corporate Democrats who worry about being primaried in 2020. Two of the four congresswomen in “The Squad”—Ocasio-Cortez and Pressley—won their seats by defeating incumbents in Democratic primaries last year. They’ve set a good example for progressives while making many House Democrats nervous.

This week, several thousand constituents have used a RootsAction webpage to send individual emails to House Democrats, telling their representative: “I realize that the Speaker is powerful on Capitol Hill, but I ask you to summon the courage to speak up and push her to permanently stop taking sides against progressive lawmakers.”

As I wrote nine months ago, “progressives should recognize the longstanding House Democratic leader as a symptom of a calcified party hierarchy that has worn out its grassroots welcome and is beginning to lose its grip. Increasingly at odds with the Democratic Party’s mobilized base, that grip has held on with gobs of money from centralized, deep-pocket sources—endlessly reinforcing continual deference to corporate power and an ongoing embrace of massively profitable militarism.”

At a time when the virulent racism of the Trump regime is becoming more flagrant, it might seem a divergence to challenge the Democratic Party’s leadership. On the contrary. The imperative of preventing Trump’s re-election will require massive engagement and huge turnout of the Democratic base—exactly what doesn’t happen when party leaders are aloof, elitist, enthralled with Wall Street and dismissive of genuinely progressive principles.