Shell employees who skipped Trump rally lost hundreds in income while attendees made time and a half: Pennsylvania union leaders 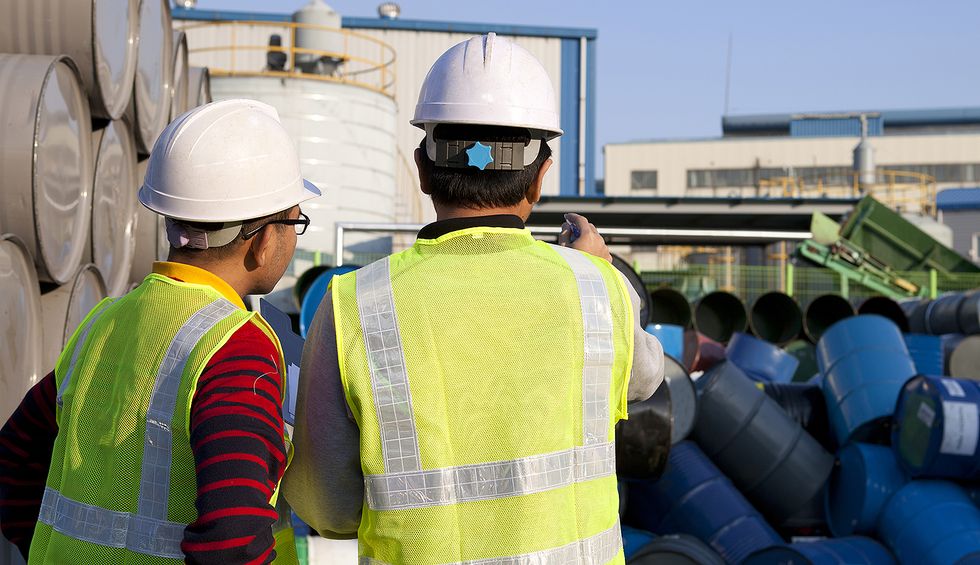 Thousands of Shell contractors were in attendance at Donald Trump’s big union speech in Monaca, Pennsylvania, on Tuesday, but that doesn’t mean they wanted to be. While it’s no secret that the workers were paid to be there, the Pittsburgh Post-Gazette reported on Friday that the consequences of not attending amounted to far more than just the loss of one day’s wages. Employees who wanted to skip the MAGAfest were technically free to do so, but their choice would cause a loss of as much as $700 later in the week.

Those that decided to sit out the event would have an excused absence, the company said, and would not qualify for overtime pay on Friday. The company has a 56-hour workweek with 16 hours of overtime. That means those workers who attended Mr. Trump’s speech and showed up for work on Friday meeting the overtime threshold are being paid at a rate of time and a half, while those that didn’t go to hear the president are being paid the regular rate, despite the fact that both groups did not do work on the site on Tuesday.

And everyone knows how much this administration loves overtime.

Those that did attend were required to be present from 7 AM until well after 3 PM with no lunch break allowed, or lunch provided. Additionally, employees were told that they were expected to “promote good will from the labor unions” by Shell, whatever their personal feelings about the current administration might be.

Just in case you missed it:

“No yelling, shouting, protesting or anything viewed as resistance will be tolerated at the event."

In an interview with the Post-Gazette, one union leader was careful to defend the event.

“This is just what Shell wanted to do and we went along with it,” said Ken Broadbent, business manager for Steamfitters local 449. [...]

Mr. Broadbent said anyone who did not want to show up to work that day was free to do so. “This is America,” he said.

This is America, it’s true, but is it really free will with such expensive consequences for refusing to be part of a presidential photo op … and such restrictive conditions if one agreed to do so?

Reporters on the ground on Tuesday also noted that after standing, without a lunch break, for eight hours, the workers were forced to spend more of their time, unpaid, in an exit queue.

The Post-Gazette reports that, despite Shell claiming that “building trades leaders and jobs stewards have agreed to” the terms of the Trump appearance, several union leaders stated that they weren’t aware of the rules until the day before, when Shell sent out the infamous memo.

On Friday, a Shell spokesman insisted that Tuesday’s event wasn’t propaganda fodder for Trump, it was simply a “paid training day with a guest speaker who happened to be the President.”

“It’s not uncommon for us to shut down the site for quarterly visits from VIPs — popular sports figures like Rocky Bleier and Franco Harris have visited the site to engage with workers and to share inspirational messages. Shell/Penske NASCAR driver, Joey Logano was another guest at the site,” (Shell spokesman Ray) Fisher said.

As a Browns fan, it seems like it would be much easier to show up for Steelers legend Franco Harris than for Trump. But hey, maybe that’s just me.