Ralph Nader's message to Congress: Big Pharma’s trail of greed, power and cruelty must be stopped 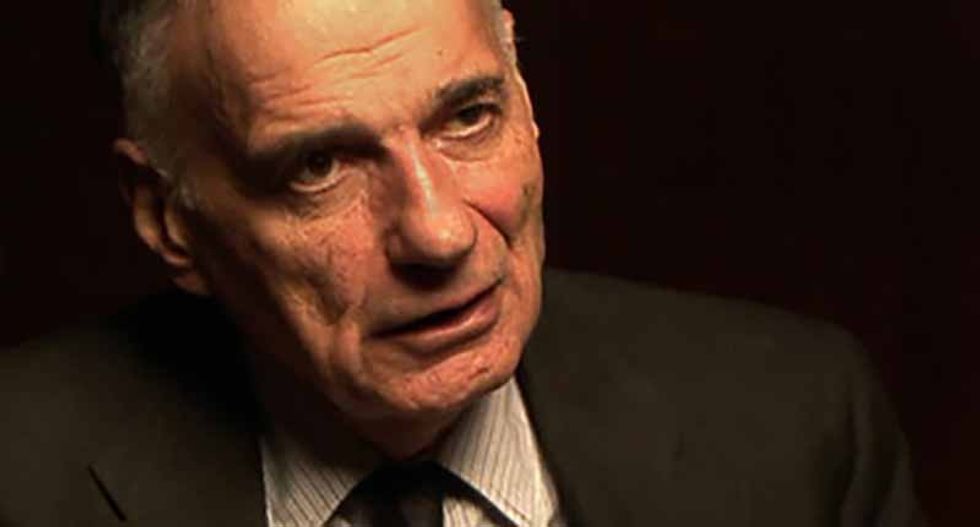 The Congress can overturn the abuses of Big Pharma and its “pay or die,” subsidized business model for its drugs.

Big Pharma’s trail of greed, power, and cruelty gets worse every year. Its products and practices take hundreds of thousands of lives in the U.S. from over-prescriptions, lethal combinations of prescriptions, ineffective or contaminated drugs, and dangerous side-effects.

The biggest drug dealers in the U.S. operate legally. Their names are emblazoned in ads and promotions everywhere. Who hasn’t heard of Eli Lilly, Merck, Pfizer, and Novartis? Big Pharma revenues and profits have skyrocketed. In 2017, the U.S. consumers spent $333.4 billion on prescription drugs.

There are no price controls on drugs in the U.S. as there are in most countries in the world. Senator Bernie Sanders just took a bus tour to a Canadian pharmacy where insulin cost patients one tenth of what it costs them in the U.S. Yet, remarkably, drug companies, charted and operating in the U.S., charge Americans the highest prices in the world. This is despite the freebies our business-indentured government lavishes on Big Pharma. The FDA weakly regulates drugs, which are supposed to be both safe and effective, before they can be sold. Who funds this FDA effort? The drug industry itself— required by a law it has learned to love.

The Big Pharma lobby doesn’t always get what it craves. In the nineteen seventies, Dr. Sidney Wolfe, director of Public Citizen’s Health Research Group, produced two paperbacks for a wide television audience (e.g. he appeared on the Phil Donahue Show). They were titled, Pills That Don’t Work and Over-the-Counter Pills that Don’t Work. Because of Dr. Wolfe’s tireless efforts, hundreds of different pills were removed from the market, saving consumers billions of dollars and sparing them the side-effects.

Big Pharma’s greatest strength is its hold over Congress. That is where it gets its huge bundle of subsidies and monopolistic privileges. During the first term of George W. Bush, the drug companies got the Republicans and some spineless Democrats to forbid Medicare from negotiating volume discounts with the drug companies, as the Pentagon and VA have done for years. Big Pharma had over 1,200 lobbyists swarming over Capitol Hill to get these handcuffs on Uncle Sam. Lobbyists combined with campaign cash donated by Pharma industry players sealed the deal.

Your Congressional representatives gave the drug giants much in return: Lucrative tax credits to pay Big Pharma to do what they should do anyway—engage in research and development. Drug companies are profitable recipients of taxpayer-funded government research on developing new drugs – and then given monopolies that enable them to impose sky-high prices, even when the purchaser is the very government that funded the invention of the new drugs in the first place.

The drug industry has also made sure there are no price controls on their drugs—whether gifted to them by NIH or developed by drug companies internally. The absence of price controls accounts for new “blockbuster drugs” going for $100,000, or higher, per patient per year. Many drug prices generally increase faster than inflation.

Greed is infinite for Big Pharma. In addition to tax credits, free drug R&D (compliments of the federal government), and no price restraints, the drug companies have moved much production to China and India. No antibiotics are manufactured in the U.S.—a clear national security risk to which the Pentagon and Trump should pay heed. Two new books, China Rx and Bottle of Poison, document the safety risks of poorly inspected labs in those countries exuding pills into your bodies without your minds being told of “country of origin” on the label.

Yet exposure has not stopped the worsening behavior of Big Pharma. Good books by Katharine Greider (The Big Fix) and Dr. Marcia Angell (The Truth About the Drug Companies) are devastating critiques of Big Pharma’s practices. Despite this, the books reach small audiences and are brushed off by the drug giants. Big Pharma is able to ignore these books because it controls most of Congress—candidates rely heavily on the industry for campaign budgets.

But the American people outnumber the drug companies and only the people can actually vote come election time.  Focused voters mean more to politicians than campaign money. The August recess for Congress means your lawmakers are back home having personal meetings. Visit them and make known your demands against the “pay or die” industry. Tell them your own stories.

Or better yet, make them come to your town meetings. Remember: “It’s your Congress, people!”

One galvanizing move by an enlightened billionaire could establish a 20 person advocacy group on drug pricing, focusing on Congress and mobilizing citizens back home. Its effect would be decisive for taming the drug industry’s gouging. Any takers: if so contact Public Citizen at medsaccess@citizen.org.