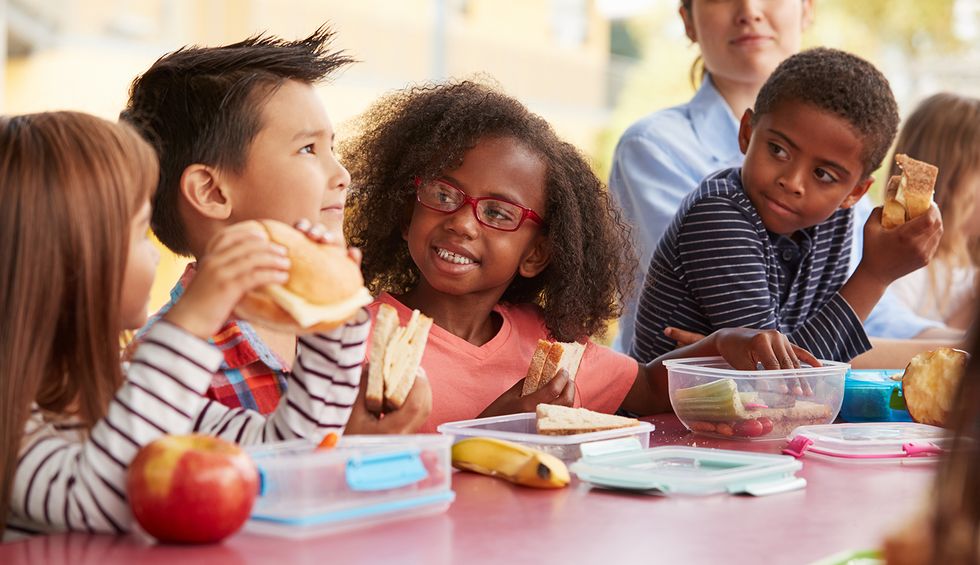 Another day, another school debating whether or not to punish hungry kids because they can’t afford to pay for their lunches. Today’s horror brings us to New Jersey, where students at the Cherry Hill Public School District may get no lunch at all if their family owes $20 or more. If parents owe $10 or more, the student is entitled to a tuna sandwich. If you have an allergy or don’t like tuna, seems that you’re out of luck?

Interestingly, the policy has technically been on the books since 2017, as reported by NBC News. Superintendent Joseph Meloche said that the policy is solid when compared to state requirements. Students and community members, however, are appropriately horrified.

"Wiping out the debt—paying the money that that family owes—does not help those children because we've been feeding the kids and we will continue to feed the kids," Meloche said during a meeting on Tuesday. The logic here being that … keeping kids hungry will help them? Or somehow kick (probably struggling) parents into gear and add another stressor to their lives? Hmm.

For some context, the school district is about $14,000 in the red due to unpaid school lunches. Back in 2017, the district forgave about $25,000 in school lunch debt. And now, apparently, they’re tired of “forgiving” kids for being hungry at school.

Meloche explained that the district sends two letters to parents if their student owes lunch money. First, parents have 10 school days to respond to the initial letter, and seven days to respond to the second letter. After that, the student is punished. Imagine working so much you barely have time to open your mail! Or you don’t have a permanent address! Or your parent is illiterate! None of these scenarios should result in a starving kid.

Mind you, $20 of school lunch debt could easily be accrued in a week’s time. Imagine wondering how you’ll make rent, medical bills, or groceries for home … And then also wondering if your child will be shamed because you’re short on lunch money? Horrific. NBC News reports that almost 20% of students in the district are considered “economically disadvantaged.”

Students are quick to point out the obvious issue with the tuna sandwich, too, dietary needs aside. Before long, it’ll become a symbol of poverty. Oliver Adler, student body president at Cherry Hill East High school, said it succinctly to NBC Philadelphia, stating, "The easily recognizable tuna fish sandwich will become a badge of shame. What the board may fail to recognize is that school cafeterias are not always friendly places, and students will be stigmatized because of the food they carry.” This young person is, evidently, more nuanced and compassionate than those in charge.

Oh. And the tuna sandwich in itself is a choice of punishment. “We know that our little ones would probably very happily eat peanut butter and jelly sandwiches until the end of time," Assistant Superintendent Lynn Shugars said, with the logic being that giving PB&Js wouldn’t act as enough of a deterrent. Imagine low-income kids actually enjoying their food without shame or guilt! The injustice of it all.

The district says that no child has actually been denied food as of yet. And apparently, after all of this outrage, they’re going to revisit the policy for September. What will it take for people to recognize that low-income kids deserve every opportunity—including access to nutritious food—that wealthier kids get from the get-go?