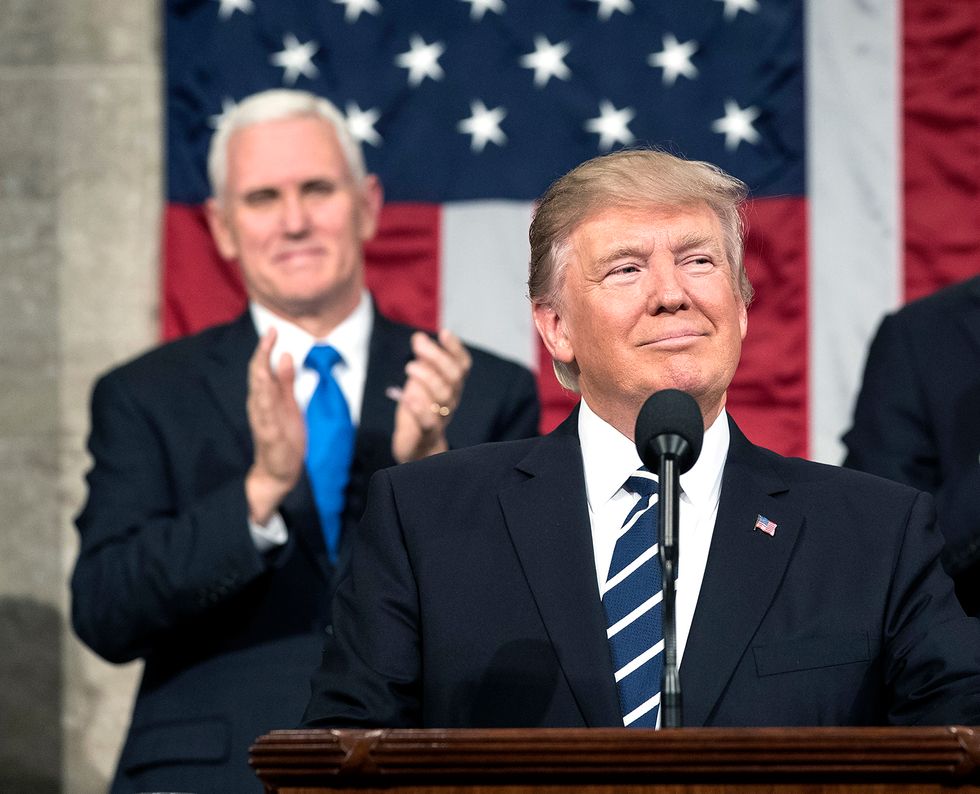 Although there are many people of faith with a history of doing good work — from Bishop Desmond Tutu to Sister Mary Scullion to progressive journalist Chris Hedges — organized religion receives more than its share of terrible publicity because of all the reactionaries, bigots, hypocrites and extremists it attracts. And those hypocrites, journalist Timothy Egan stresses in a blistering op-ed for the New York Times, are why so many Americans are turned off to organized religion in 2019.

Egan cites Vice President Mike Pence as one of the most painfully obvious examples. Pence, Egan observes, “wears his faith like a fluorescent orange vest” — and he is also “the chief bootlicker to a president who now sees himself in messianic terms, a president who tweets a description of himself as ‘the second coming of God.’”

Egan, of course, is referring to President Donald Trump, who is wildly popular among far-right white evangelicals despite his long history of not-go-godly behavior.

Egan goes on to list other reasons why “people hate religion” — for example, Callista Gingrich (wife of former House Speaker Newt Gingrich) “is now Donald Trump’s ambassador to the Vatican,” he notes, despite the fact that they “carried on an adulterous affair” back when the former House speaker was married to his last wife.

Egan cites examples of both Catholic and Protestant hypocrisy in his article, which is highly critical of the white fundamentalist evangelical school of Protestantism. And those evangelicals, he stresses, play a key role in the disdain that so many Americans have for organized religion.

“White evangelical Christians, the rotting core of Trump’s base, profess to be guided by biblical imperatives,” Egan emphasizes. “They’re not. Their religion is Play-Doh. They have become more like Trump, not the other way around. It’s a devil’s pact, to use words they would understand.”

Nonetheless, Egan acknowledges that there are also people of faith doing good work, pointing to Sister Norma Pimentel’s efforts on behalf of migrant children in Southern Texas. Egan laments the fact that one doesn’t hear much about Pimentel in the “secular press,” and he concludes his piece by wishing that more Christians lived their lives the way she does.

“Growing up,” Egan explains, “Sister Pimentel was going to be an artist, she says, until she felt a strong tug on her soul. It compelled her to a lifetime of selfless service. Faith is not that complicated. Religion always is.”