'It will end in disgrace': Why this journalist predicts Trump will eventually be abandoned by his biggest fans 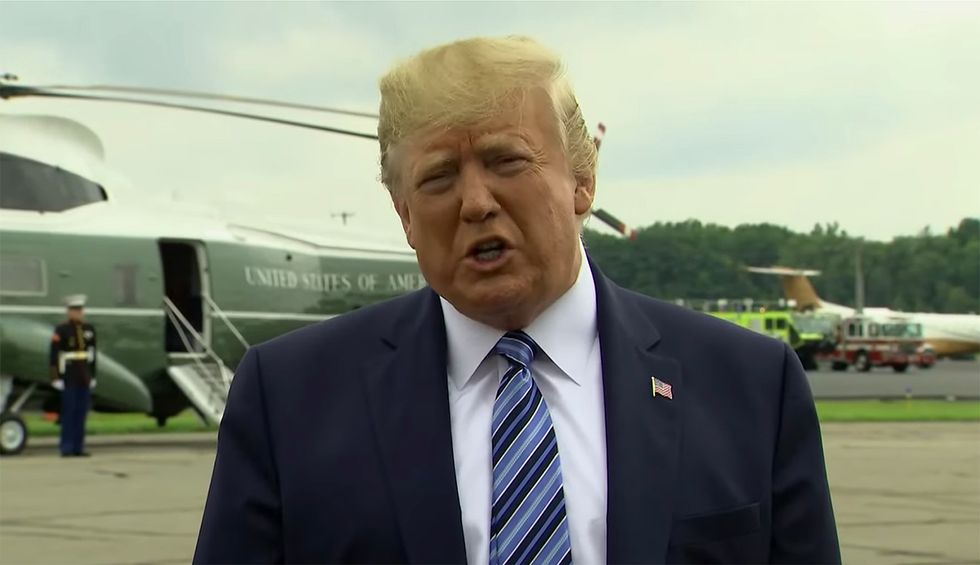 In some media outlets — most notably, MSNBC — it isn’t hard to find right-wing conservatives who are more than happy to rail against President Donald Trump (from “Morning Joe” host Joe Scarborough to GOP strategist Susan Del Percio to President George W. Bush’s former White House communications director, Nicolle Wallace). But one need only to switch over to Fox News to be reminded how much enthusiastic support Trump still enjoys in the right-media media and among Republicans in Congress. How long Trumpism will maintain its grip on the conservative movement remains to be seen, but in an August 14 op-ed for The Week, journalist Windsor Mann asserts that inevitably, those who are defending Trump now will turn their backs on— him.

To make his case, Mann notes that some people who were once fierce Trump defenders have become outspoken Trump critics — including Michael Cohen (Trump’s former personal attorney), Omarosa Manigault (a former White House aide) and Anthony Scaramucci (a former Trump communications director). Cohen, Mann points out, went from vigorously defending Trump to calling him a “cheat” and a “con man.”

Trump, Mann stresses, has zero loyalty to those around him — and in the long run, his “sycophants” will have no loyalty to him.

Mann writes, “Trump’s sycophants are as loyal as he is — which is to say, not at all…. The people who are loyal to Trump are loyal not because they like him as a person, but because they have something to gain from him.”

One such “sycophant,” according to Mann, in Sen. Lindsey Graham — who shamelessly went from calling Trump “the world’s biggest jackass” to being a strident defender. The South Carolina Republican, Mann predicts, will eventually “forget about Trump” and “find someone else to latch on to.”

Mann explains, “Trump’s cult of personality is a cult of power-worshippers….  When Trump is deprived of his place and power, people will stop bowing to him.”

Mann goes to write that history was much kinder to former presidents Richard Nixon and Jimmy Carter than it will be to Trump. Nixon, Mann observes, “partially rehabilitated himself” after “resigning in disgrace” and wrote “a succession of books about foreign policy.” And Carter, voted out of office in 1980, is admired for “his humanitarian work.”

But post-White House, Mann predicts, Trump will be ignored.

“After Trump leaves office and has fewer things to do, people will have fewer reasons to listen to him,” Mann stresses. “Ex-President Trump will call ‘Fox & Friends’ every morning, but they will ignore him. Instead of ranting on air, he will leave voicemails for Steve Doocy’s assistant’s intern.”