ICE jailed a US-born vet for days. The officer who turned him over was suspended for only 20 hours. 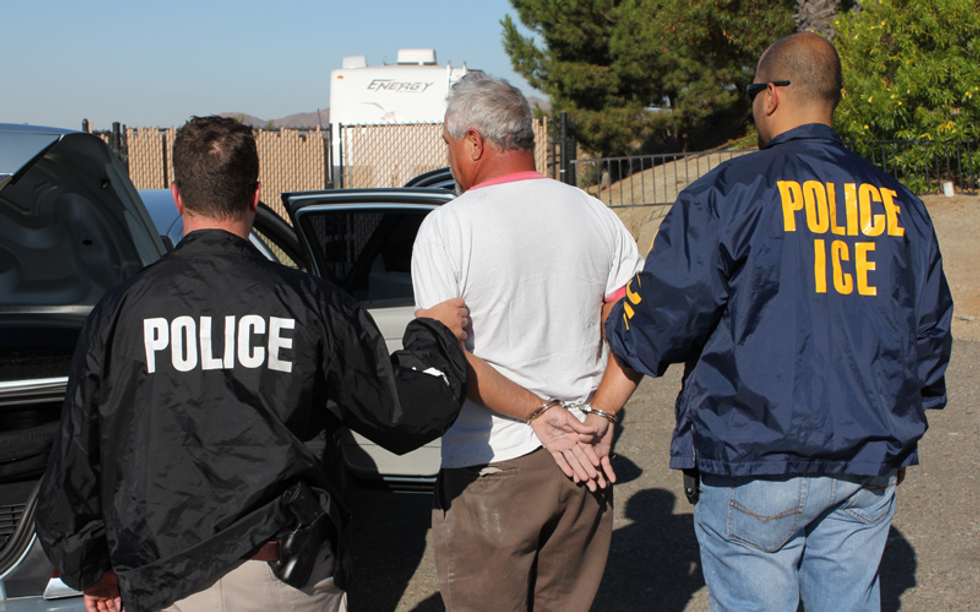 Because of a Michigan police captain’s racist profiling, a U.S.-born military veteran late last year spent three days in federal immigration custody, even though he had his passport and other documentation on him. That officer’s subsequent “discipline”? A suspension that lasted for less than a day, The New York Times reports.

Captain Curt VanderKooi reportedly emailed Immigration and Customs Enforcement about Jilmar Ramos-Gomez with “loco,” or “crazy” in the subject line, after seeing images of him on the news. Ramos-Gomez, who has post-traumatic stress disorder, had been arrested for setting off a fire alarm in a hospital. He had his documents on him, but VanderKooi apparently saw a brown face, and that was that. “Could you please check his status?” he asked.

Jilmar spent three days in custody until his family secured his release, further traumatizing an already traumatized man. VanderKooi should have at the very least been fired, but was instead exonerated by the Grand Rapids Police Department. Jilmar’s advocates successfully challenged that decision, when an appeals board reversed the police department’s findings in May. “A union representing command officers object[ed] to the reversal and the discipline,” The Times continued.

That discipline was just 20 unpaid hours and a supplemental training. "It is incomprehensible that the Sheriff's Department turned a vulnerable, mentally ill United States citizen over to ICE so that he could be deported from his country—a country for which he fought on the battlefield,” the American Civil Liberties Union saidin January. “Mr. Ramos-Gomez risked his life protecting the rest of us. When he needed mental health services as a result, our government failed him.”

Unleashed federal immigration agencies have been targeting people of color, regardless of legal status, with high frequency, and with the blessing of a racist administration. More recently, Border Patrol and ICE kept 18-year-old Francisco Erwin Galicia, another U.S.-born man, detained for weeks. He also had his documentation, but officials ignored it. “It got to the point where I was ready to sign a deportation paper just to not be suffering there anymore,” he said. “I just needed to get out of there.”