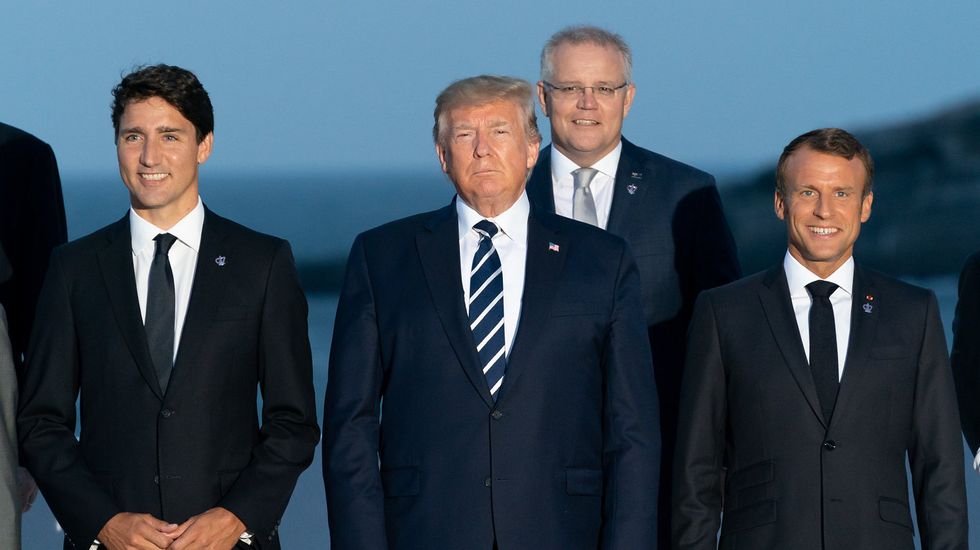 In a truly brazen and stunningly corrupt moment in what was a broadly humiliating display for the United States all around, President Donald Trump made the suggestion at the G7 conference in France that the next conference should be held at his own resort in Miami.

Observers and experts quickly observed that this idea was likely illegal and potentially unconstitutional. Oops!

But it got worse from there.

Trump's suggestion that the world leaders should meet at the Trump National Doral in Miami — thus funneling potentially millions of dollars directly into his pockets — led people to point to a recent Washington Post report, which revealed:

Late last year, in a Miami conference room, a consultant for President Trump’s company said business at his prized 643-room Doral resort was in sharp decline.

At Doral, which Trump has listed in federal disclosures as his biggest moneymaker hotel, room rates, banquets, golf and overall revenue were all down since 2015. In two years, the resort’s net operating income — a key figure, representing the amount left over after expenses are paid — had fallen by 69 percent.

So not only was the suggestion blatantly corrupt — and Trump used the White House twitter account to promote what was essentially a commercial for the venue — but it looked like a corrupt attempt to save a failing business.

“He doesn’t do himself any good by doing things like this,” former Pennsylvania Sen. Rick Santorum, usually a fervent Trump defender, said on CNN Monday night of the idea. “Please, Mr. President. Stop. Please.”

And then reports resurfaced about a lawsuit from a customer who sued the Trump Doral after encountering an infestation of bedbugs while staying there.

Trump lashed out about the accusation:

The lawsuit, which was eventually settled, claimed otherwise, but regardless, the damage was done: