How Trump is demolishing the State Department from the inside 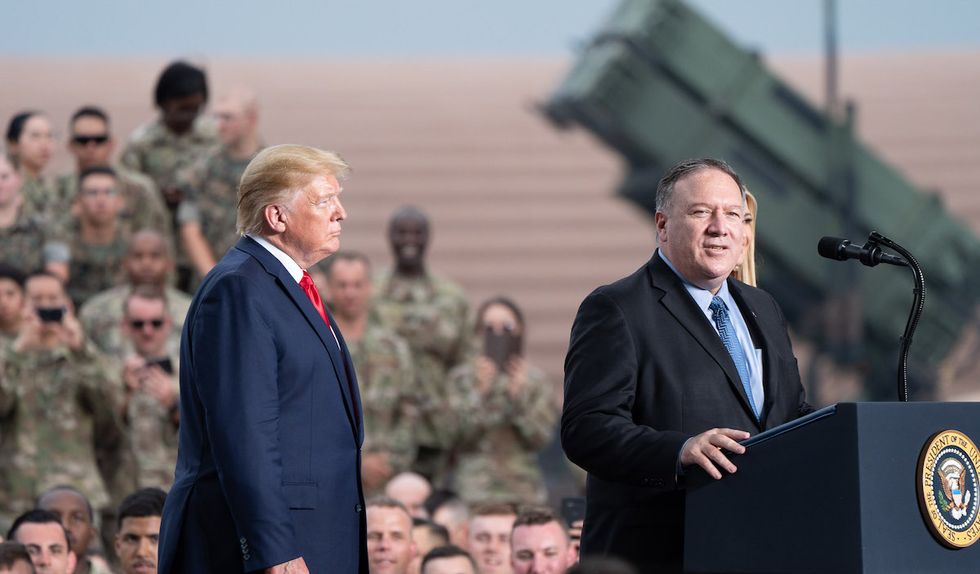 The Trump administration is having a demolition derby in our government, purposefully destroying the institutions continuously being built by this experiment since 1789. The latest installment comes from the inspector general at the State Department who has found that senior political appointees have "mistreated and harassed staffers, accused them of political disloyalty to the Trump administration, and retaliated against them."

Two senior officials at the Bureau of International Organization Affairs are the primary focus of the report; Mari Stull, a food and beverage lobbyist who blogged about wineusing the name "Vino Vixen," and the bureau's head, Assistant Secretary of State Kevin Moley. The report found that Stull (who left the department in January following reports that she had compiled a list of employees who she felt were insufficiently loyal to Trump) berated and belittled employees, accused them of being "Obama holdovers," "traitors," and "disloyal," as well as being part of the "Deep State" and the "swamp." These were all career employees, serving the department and the government, not the president and have probably served under multiple executives. Because that's how the government is supposed to work.

The IG report found that Moley, Stull's supervisor, joined her in the behavior and "frequently berated employees, raised their voices, and generally engaged in unprofessional behavior toward staff." Moley also accused some staffers of "undermining the President's agenda." The two succeeded in removing one senior official from her post and demoting others. According to the report, around 50 career officials, some senior, left the department on their own as a result of the mismanagement and bullying.

Moley is still on the job, and denied the accusations. He told the IG that "The behavior attributed to me regarding raising my voice, berating employees and contributing to a hostile work environment does not represent the person I am or have ever been." He has been receiving counseling from department leadership, the IG was told "on appropriate leadership and management of the bureau. Further discipline will be considered." He apparently isn't taking that counseling particularly seriously, which might be why the department also said that it would submit a "corrective action plan" for Moley within 60 days.

This is actually just one of two IG personnel investigations. The second revolves around "similar issues involving the Office of the Secretary," dating from Rex Tillerson's tenure in the job. The fact that Tillerson isn't there anymore but the investigation has not been ended suggests that his departure didn't fix the problem.