'He’s not going to lie to this country': Trump's new press secretary gives a tortured and laughable defense of the president's endless deception 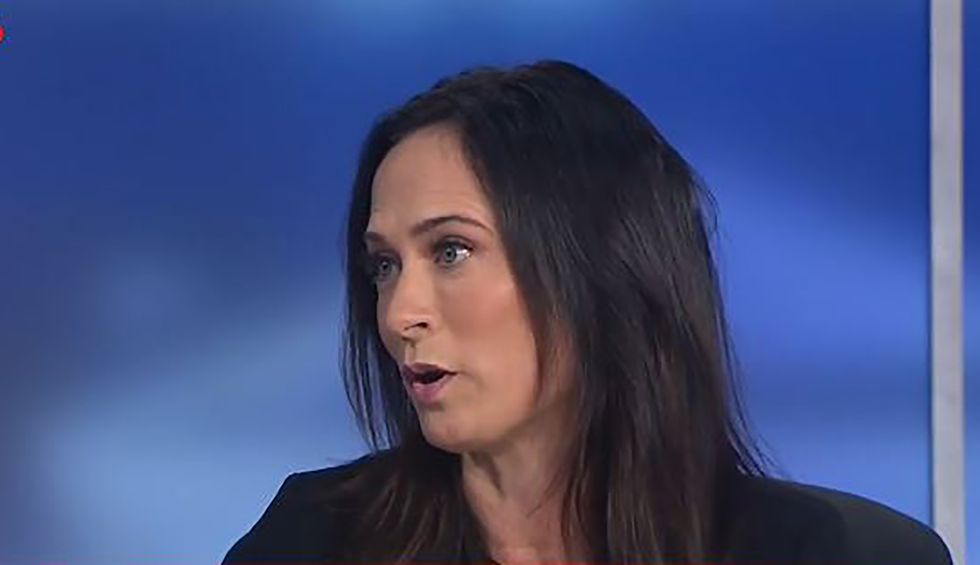 Defending President Donald Trump is not an easy job, so there are always some who insist that we should give his spokespeople credit for trying their best in a vexing position. But since no one needs to be a professional defender of the president — anyone who could get such a job has other options — we shouldn't treat the pleas for sympathy with much credibility.

With that in mind, new White House Press Secretary Stephanie Grisham's latest defense of the president's lies should be greeted with laughing derision. In a new piece by Washington Post reporter Paul Fahri, Grisham took the admittedly impossible task of defending Trump's lies to new, extreme heights (or depths, depending on where you're standing):

“Do I believe that their coverage is slanted and biased? Yes. I’ve seen it with my own eyes. A majority of reporters are liberal. A lot of reporters are uncomfortable with him and his blunt way of speaking. I think this is the first time they’ve been so publicly called out for some of their behaviors and their instinct is to fight back rather than take a step back” and assess their conduct.

His blunt way of speaking? Does Grisham think Trump ever lies?

“No,” she responds without hesitation. “I don’t think they’re lies. . . . I think the president communicates in a way that some people, especially the media, aren’t necessarily comfortable with. A lot of times they take him so literally. I know people will roll their eyes if I say he was just kidding or was speaking in hypotheticals, but sometimes he is. What I’ve learned about him is that he loves this country and he’s not going to lie to this country.”

Now, there are indeed legitimate disputes in some instances about whether Trump's myriad (often obviously) false statements result from knowingly, intentionally lying, or whether he is self-deceived or confused. Even in these cases, though, it's hardly a defense of the president, but a damning indictment in his fitness for the role. And indeed, it is often clear, without serious doubt, that he is intentionally lying. Other times, even if he is not necessarily intentionally conveying what he knows to be false information, he is clearly sharing information without regard to its truth or falsity, which is arguably just as bad as lying.

To claim that this is just the way Trump "communicates" is absurd. Lying is not just another way of communicating that the media happens to have a problem with — it's a betrayal of the country and his voters who rely on him for true information, and it's destructive to democracy. And while Trump isn't the first president or politician to lie, he does so on an egregious and unprecedented scale. The difference has been stark on the nights of the Democratic primary debates; on at least one debate night, Trump told more lies or falsehoods in his own tweets than the candidates did on stage, according to Bess Levin of Vanity Fair.

As Fahri noted, Grisham may be less prominent in the public eye than Sarah Sanders and Sean Spicer were, but when it comes to chilling willingness to show fealty to the president, she is carrying on in their stead.