Here’s what a Georgia senator's resignation means for the U.S. Senate -- and the 2020 election 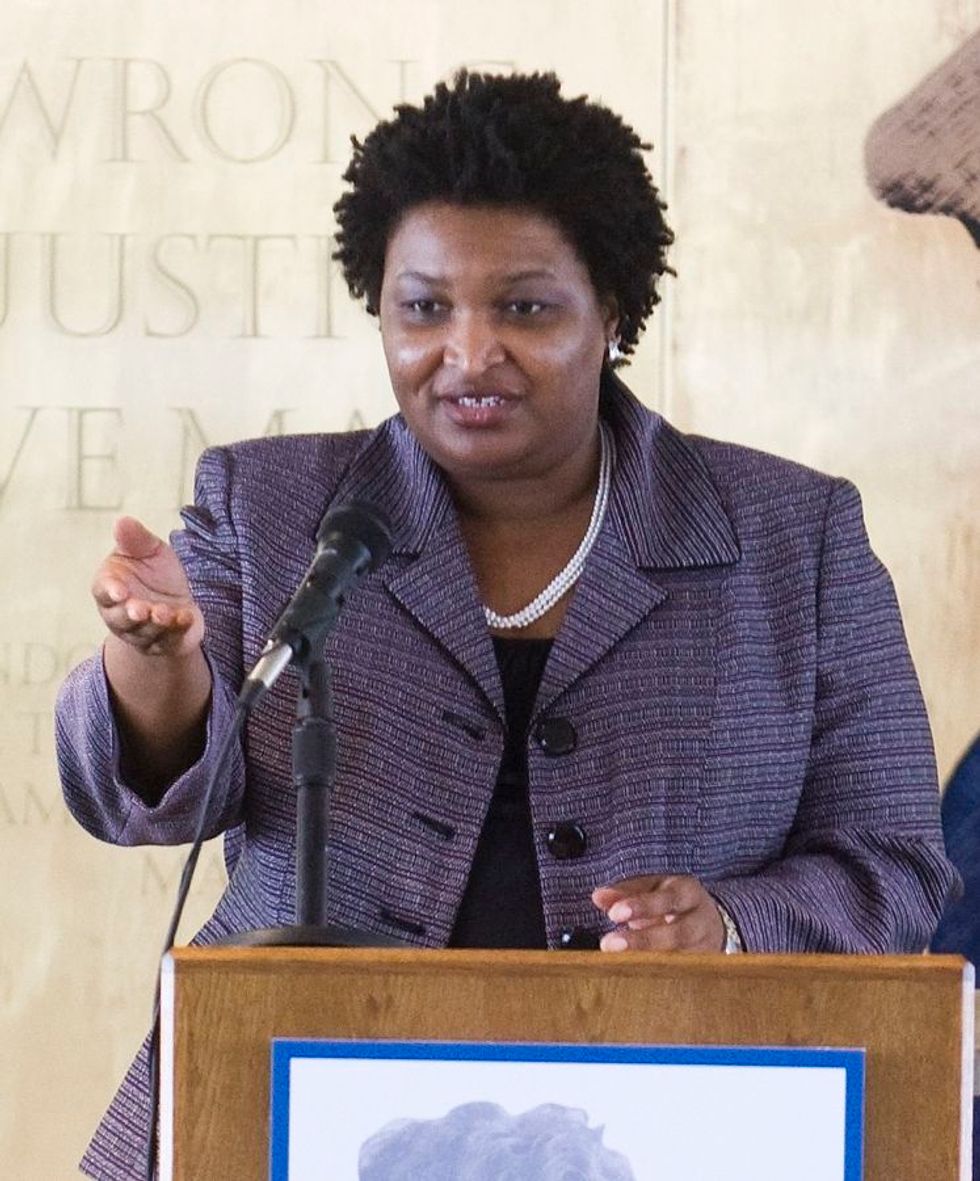 Republican Georgia Sen. Johnny Isakson of Georgia has announced that he will be resigning from the U.S. Senate at the end of 2019 to deal with health problems — which means that two Senate seats in Georgia, not one, will be in play next year. And with Georgia having made the transition from deep red to light red in recent years, there are major political implications for the 2020 election.

When Isakson (who has been suffering from Parkinson’s disease) was elected to a third term in 2016, he expected to remain in the Senate until January 2023. Republicans still have an advantage over Democrats when it comes to statewide races in Georgia, but the 2018 election results showed that at this point, Georgia — not unlike Texas — is light red rather than deep red. And the fact that Republicans will have to devote time, energy and resources to defending the seat that Isakson presently holds is a new headache for the GOP.

Georgia is a state that the Democratic National Committee (DNC) had high hopes for in 2020, and there were some disappointments along with important victories.

Three of the greatest disappointments that Democrats suffered in the Sun Belt in 2018 were in Georgia (Democrat Stacey Abrams narrowly lost to Georgia Gov. Brian Kemp), Florida (Democratic nominee Andrew Gillum narrowly lost the gubernatorial race to Florida Gov. Ron DeSantis) and Texas (Democrat Beto O’Rourke narrowly lost to incumbent Sen. Ted Cruz). The key word in those races is “narrow”: Democrats came within striking distance of Republicans in statewide races in a swing state (Florida) and two red states (Texas and Georgia). This is a change from the 2000s, when Democrats were competitive in Florida but knew they were behind the eight ball in statewide races in Texas and Georgia. But the fact that Abrams and O’Rourke performed as well as they did shows that Republicans cannot take those states for granted.

Abrams has become such a star in the Democratic Party that Democrats are imploring her to run for the Senate in 2020. But so far, Abrams has said that she has no interest in doing so.

The conventional wisdom on Georgia politics, in the 2000s, was that while Atlanta Proper was very Democratic, Republicans had an advantage in the rest of the state — even Atlanta’s suburbs. Atlanta, not unlike Philadelphia in previous decades, was known as a very Democratic city with a lot of GOP-friendly suburbs. In 2018, however, Abrams performed well not only in Atlanta Proper, but in the Atlanta suburbs as well. If rural areas of Georgia had stayed home on Election Day 2018, Abrams would now be governor. But a strong voter turnout in Rural Georgia, combined with an intense and downright sleazy voter suppression campaign on Kemp’s part, helped Kemp get past the finish line.

One of Georgia’s biggest political bombshells in 2018 was the victory of Democratic Rep. Lucy McBath in suburban Atlanta: McBath defeated Republican Karen Handel and was elected to Congress via Georgia’s 6th Congressional District — which is where former House Speaker Newt Gingrich served from 1979-1999. The fact that a Democrat was elected to Congress via what was once Gingrich’s district was downright humiliating for Georgia Republicans in 2018 — and demonstrated that Georgia, like Texas, is hardly a lost cause for Democrats. If Democrats could flip a seat that Gingrich won repeatedly in the past and come within striking distance of the governor’s mansion, it gives them some cause for optimism about the two Senate seats that will be up for grabs in Georgia next year.

In order to achieve a majority in the U.S. Senate in 2020, Democrats will need to flip four seats presently held by Republicans while holding onto all of the seats they are defending. Republican senators who are up for reelection next year and are considered vulnerable include Susan Collins in Maine, Joni Ernst in Iowa and Cory Gardner in Colorado. And recent polls have shown that the Senate race in Arizona is quite close: Republican incumbent Martha McSally has had a narrow lead in some polls, while others show Democratic challenger Mark Kelly slightly ahead.

In 2018, Democrats flipped a U.S. Senate seat in Arizona when Sen. Kyrsten Sinema narrowly defeated McSally (who was later appointed to the Senate seat held for many years by the late Sen. John McCain and, before that, 1964 GOP presidential nominee Barry Goldwater). The thought of Democrats possibly ending up with two U.S. Senate seats in Arizona is stunning: for decades, Arizona was considered McCain Country and Goldwater Country.

But even if Democrats can flip Arizona along with Iowa, Maine and Colorado in the Senate, Alabama could be problematic for them: Democrat Doug Jones is seeking reelection in 2020 in a deep red state. Republicans have a much tighter grip on Alabama than they have on Texas or Georgia.

Nonetheless, statewide races are still an uphill climb for Georgia Democrats. But when Republicans have to work harder to win in places they once took for granted, it isn’t good news for the GOP. And with Isakson’s resignation, things just became slightly more challenging for Republicans when it comes to holding the U.S. Senate in 2020.