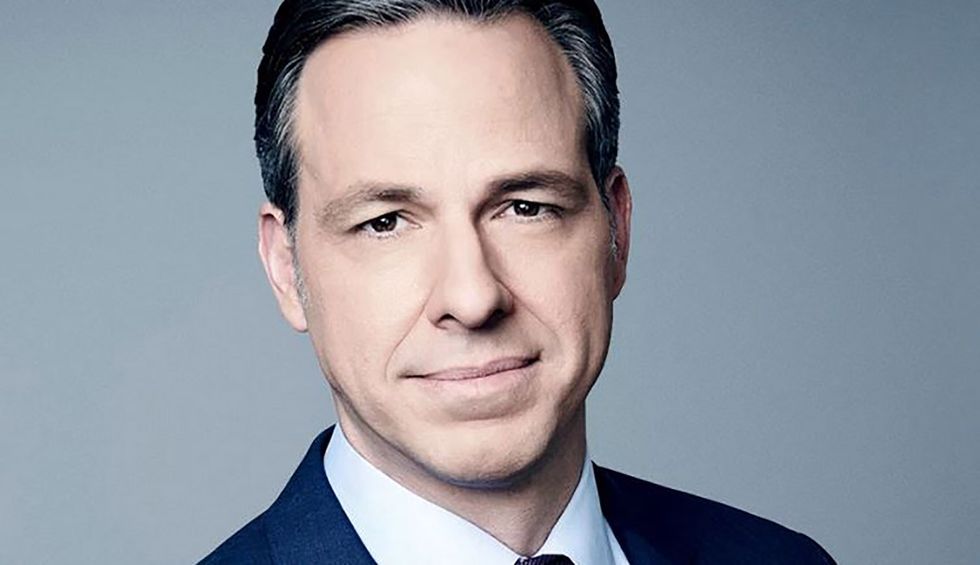 Cable news journalist Jake Tapper is under fire by critics after the CNN anchor on Sunday likened the Palestinian liberation movement to white supremacy.

"It's cool how Jake Tapper compares occupied Palestinians to white nationalists while he's actually giving them a platform on his own show (Richard Spencer most recently)," tweeted AJ+ reporter Sana Saeed.

Tapper's latest anti-Palestinian comments came during a special extended version of CNN's Sunday flagship show "State of the Union" to grapple with two mass shootings in El Paso, Texas and Dayton, Ohio that came within 24 hours from midday Saturday to early morning Sunday. The El Paso shooter, Patrick Crusius of Dallas, cited anti-immigrant racism and the president's rhetoric as motivating factors in an alleged 2,300 word rant posted online shortly before the attack.

That racism, Tapper argued in a segment Sunday, was analogous to the rhetoric of Palestinian leaders whose followers occasionally attack Israelis as part of the resistance movement to their oppression by the apartheid state.

"You hear Republicans talk all the time—rightly, in my view—about the tone set by, well, the Arab world," said Tapper. "The Palestinians and the way they talk about Israelis, justifying—in the same way you're doing, no direct link between what the leader says and the violence to some poor Israeli girl in a pizzeria—but the idea you're validating this hatred."

"You can't compare the ideology of Hamas with anything else," added Tapper, "but at the same time, either tone matters or it doesn't."

Jake Tapper invokes the Arab world and Palestinians, comparing them to Trump and white supremacists for “validating… https://t.co/dHyq4rHwVU
— Ibrahim (@Ibrahim)1564932422.0

"Somehow Jake Tapper still finds a way to bring the Arab world and Palestinians into a conversation about WHITE SUPREMACISTS murdering innocent people," activist Linda Sarsour said on Twitter. "Disgusting. But hey, when someone shows you who they are, believe them."

According to data from Israeli human rights group B'Tselem, at least 3,480 Palestinians have died at the hands of Israeli security forces in the last decade versus 127 Israelis at the hands of Palestinians. Of the 3,480, a total 782 were children and 338 were women.

"Aside from everything else," said cartoonist and author Eli Valley, "the apt comparison would be to Trump's ideological compatriots in the Israeli government who spew racist, dehumanizing, anti-Arab invective that reverberates throughout a society upheld by state-sanctioned violence."

Israeli Prime Minister Benjamin Netanyahu regularly relies on demonization of the Palestinians for political gain and has touted Israel's southern wall as the only thing stopping "severe attacks by Sinai terrorists, and something much worse, a flood of illegal migrants from Africa."

Sunday's remarks from Tapper came in for criticism on social media as activists and observers noted the connection between the president's bigotry and Tapper's Islamophobia.

"This is the height of unethical journalism Jake Tapper—you invoke Palestinians and Arabs as a comparison to white nationalist violence in the US?" said AJ+'s Saeed. "This is blatant anti-Arab bigotry and Islamophobia. CNN needs to take action."

Writer Derek Davidson said that Tapper's pretenses of objectivity made the CNN anchor's comments even worse.

Nima Shirazi, one of the hosts of the podcast Citations Needed, which targets media lies and propaganda, tweeted that he and his co-host had let things slip on Tapper of late.

"I am sorry to admit that Adam Johnson and I have been insufficiently hard on Jake Tapper to date," said Shirazi. "This guy is primordial scum."