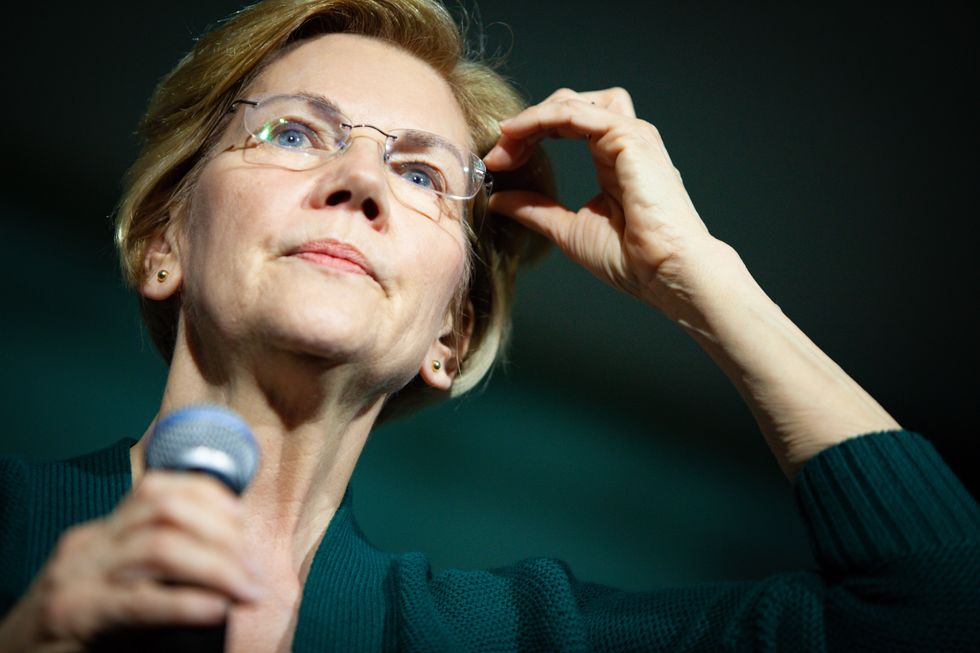 Sen. Elizabeth Warren is demanding information from the Justice Department about actions that Trump administration officials took last year to reduce the penalties against two large banks that sold faulty mortgages to investors in the run-up to the financial crisis.

“These weak settlements send a clear message to financial institutions and white-collar criminals that they can evade accountability as long as they are wealthy and well connected,” wrote Warren, a Massachusetts Democrat, in a letter Monday to Attorney General William Barr. “It is unconscionable that the Administration is refusing to hold corporate criminals fully accountable for their role in the financial crisis.”

Political appointees at the DOJ’s headquarters in Washington, D.C., overruled the judgments of staff prosecutors who wanted Barclays and the Royal Bank of Scotland to pay substantially higher penalties than they ultimately did, according to a story published earlier this month by American Banker and ProPublica. Warren, who is running for president, cited that article in her letter to Barr.

Warren requested copies of emails between high-level officials at Main Justice, as the department’s headquarters is known, and lawyers for the two banks. She also asked Barr to hand over written communications between Main Justice and the U.S. attorney’s offices in Boston and Brooklyn, which separately handled the two cases. And she asked the attorney general to explain whether officials from Main Justice gave suggestions, recommendations or orders to staff prosecutors.

A DOJ spokeswoman said Monday that the department has received Warren’s letter and is reviewing it. Both settlements were finalized before Barr became attorney general in February.

Neither Barclays nor RBS immediately responded to a request for comment. In the original article by American Banker and ProPublica, an RBS spokesperson said the bank had requested “fairness and parity” from the Justice Department.

Warren sent similar letters Monday to the U.S. attorney’s offices in the District of Massachusetts and the Eastern District of New York, seeking more information about the involvement of officials from Main Justice. Spokespeople for those two offices declined to comment.

The cases originated during the Obama administration and involved accusations that the banks misled buyers of residential mortgage-backed securities prior to the 2008 crisis. Mortgages that went into the two banks’ securities lost a total of $73 billion, according to calculations used by the government.

The Barclays case settled in March 2018 for $2 billion, far less than what staff prosecutors in the Eastern District of New York had been seeking. The RBS case settled five months later for $4.9 billion, about half of the amount sought by staff prosecutors in the District of Massachusetts, who were also overruled on the question of whether criminal charges should be filed.

The Aug. 2 story by ProPublica and American Banker, which cited four people familiar with the settlements, detailed how the two banks hired former high-level DOJ officials who gained access to officials at the top levels of the Trump Justice Department.

Under Obama, the U.S. attorney’s office in Boston was pursuing a criminal investigation of RBS, and the bank had failed in its efforts to convince DOJ political appointees in Washington to overrule that approach. But a later meeting between then-Deputy Attorney General Rod Rosenstein and two former deputy attorneys general who were representing RBS, Jamie Gorelick and Mark Filip, paid off for the U.K.-based bank. In the spring of 2018, Rosenstein told Andrew Lelling, the U.S. attorney in Boston, that his office could not pursue criminal charges.

In the Barclays case, staff prosecutors filed a lawsuit seeking civil penalties after settlement talks broke down during the waning days of the Obama administration. “This complaint is probably one of the more fulsome complaints I’ve ever seen,” the judge assigned to the case commented at an April 2017 hearing.

But following communications with the Barclays legal team, which included two former high-level DOJ lawyers, officials at Main Justice told the staff prosecutors to settle the case within a narrow range around $2 billion, or the negotiations would be taken out of their hands.

Specific instructions from Washington regarding the two settlements came in spreadsheets that listed dollar ranges, according to sources familiar with the matter. Warren is asking Main Justice and the U.S. attorney’s offices in Brooklyn and Boston for copies of those spreadsheets.

“The 2008 financial crisis cost the American economy over $22 trillion, robbing millions of families of their homes and savings in the process,” Warren wrote in the letter to Barr. “A decade later, not a single big bank CEO has gone to jail, white-collar enforcement actions have hit a 20-year low, and former government officials running through the revolving door to cash in are still helping the banks responsible for the crash avoid the consequences.”

This article was produced in partnership with American Banker.