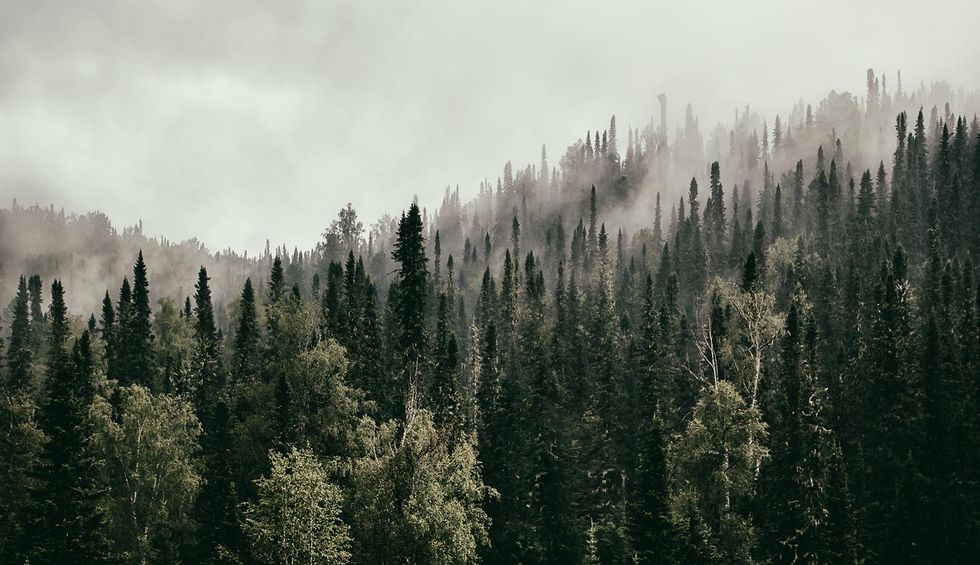 The beleaguered Amazon rain forest gets, deservedly, a good deal of media attention. So do some hardwood forests closer to home. But the world’s largest forest is one that rarely gets a mention—it’s the globe-girdling taiga; the great boreal forest that wraps around the Arctic. Ranging across Canada, Alaska, Siberia, and Scandinavia, the taiga is not just the world’s largest forest, but the world’s largest biome of any sort. It’s home to billions of pine, spruce, larch, and birch trees which eek out a fingernail’s worth of growth in the region’s brief summers. This incredible, frozen forest covers almost 12% of the Earth’s surface.

And it’s on fire. Those fires have hit large areas of Alaska and Canada. Even nearly treeless Greenland is seeing large scale fires. But what’s happened in those regions is almost minuscule compared to what’s happening in Russia. On Monday, an incredible 7.9 million acres of northern Siberian forest was in flames. And that was just one of 11 areas. Not only are those fires not contained, but their sheer presence is making things worse.

Because the reason that more of the taiga is burning is that the region is warmer and drier than it has ever been in human history. While the change in temperature over the last few decades may seem mild in many areas, both temperature and rainfall patterns have been much more radically affected in the Arctic. The rising temperature and prolonged dry season are promoting fires that both start more easily and burn longer than in the past.

The burning taiga is itself releasing even more carbon that was formerly stored in all those trees. As the fires spread, they’re helping to feed conditions that will bring even more fire in seasons to come. Overall, the fire at the top of the world was estimated to release 50 million tons of carbon in June alone. If that sounds huge, it’s because it is. But when human activity around the world released 37.1 billion tons in 2018,  it may seem that even fires as large as those spinning around the globe are a small issue. In fact, fires in other regions are often mitigated in terms of a long term effect on the climate crisis so long as trees are allowed to return and regrow in burned out areas.

But the taiga is not like other areas. The trees there grow very slowly. What is lost in a day may take centuries to be replaced … and the world does not have centuries to avoid disaster. These are megatons of carbon that is not going to be recaptured.

June 2019 was the warmest June ever recorded. That June is just part of what’s on track to be the warmest summer in history. And sea ice in the Arctic is at record lows. All of this is of a piece. It’s the undeniable result of the climate crisis which has already taken the planet into a climate regime which has never before existed in human history.

This week, the people of Ethiopia came together to plant an incredible 353 million saplings. Which is fantastic both as an accomplishment and a symbol. On that same day, 16 million adult trees burned in Russia’s northern fires. This is not a sustainable balance.

That’s not to demean or diminish what was accomplished by Ethiopia — it’s genuinely fantastic. It’s just an acknowledgement that it’s not enough. It’s going to take a world wide effort, a united world wide effort, to address the crisis and deal with issues as they appear. Things are going to happen that we didn’t expect, simply for the reason that we have never been here before. We don’t know what to expect.

Russia has neither resources nor funding set aside to fight the fires raging in the far north. The regions where the fires are burning are sparsely populated. Few people are losing their homes. Even fewer are fighting the fires. But the smoke from Siberia has already spread out over an estimate 1.7 million square miles, affecting the health of people far outside Russia. And the carbon that’s being released is going everywhere.