Can the NRA survive its current crisis? 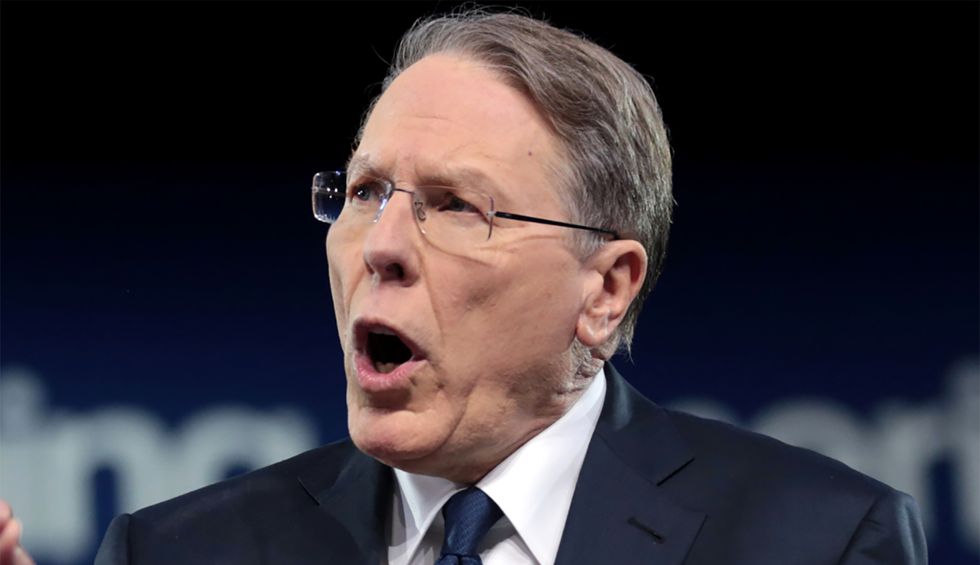 The National Rifle Association faced the most serious crisis of its modern existence. Dissidents within the NRA directly challenged Executive Director Wayne LaPierre’s leadership. Not only had the nation’s oldest gun group’s net worth declined by more than $60 million, exacerbated by stagnant membership numbers, but LaPierre stood accused of wasteful spending, as had the NRA’s public relations firm, Ackerman-McQueen. One former NRA insider accused both of “financial bloodsucking.” Worse, the NRA suffered political reversals at the polls, and their reputation was further tarnished in the aftermath of a devastating massacre, and the organization’s maladroit public comments. The crisis came to a head over a celebrity brought in to improve the organization’s image and save LaPierre’s job.

This crisis moment for the NRA came not last year, but over twenty years ago. LaPierre weathered that storm, including political losses in the 1992 elections and the 1995 Oklahoma City bombing, thanks in part to LaPierre’s installment of actor Charlton Heston to beat back the insurgents and improve the NRA’s tarnished image. The ploy worked, and the NRA went on to help elect gun-friendly president George W. Bush, paving the way for the enactment of its top policy priorities.

As the NRA’s comeback 20 years ago suggests, only a fool would count the NRA out now as a key force in the gun issue. Early in the twentieth century, the fledgling organization nearly disappeared, rescued mostly thanks to government-lent support to buttress its shooting and training activities. Among the NRA’s rescuers was hunting enthusiast Theodore Roosevelt.

The story begins, ironically, with their jackpot political bet on Donald Trump’s presidential bid. Pouring $31 million into his campaign—triple what it spent on Mitt Romney’s 2012 presidential campaign—and over $50 million in all into the 2016 elections, the NRA sat on top of the political world at the start of 2017. Yet in a shocking series of cascading crises, it all rapidly unraveled.

Media investigations reported disturbing and possibly illegal connections, perhaps including money laundering, between the NRA and Russian officials tied to the 2016 election. The NRA embarked on a series of cost-cutting measures, culminating in an angry and litigious split with the NRA’s long-time ad firm, Ackerman McQueen, which had received decades of lavish annual fees—$40 million in 2017 alone. Then the NRA pulled the plug on its expensive and little viewed online media outlet, NRATV.

Validating the NRA’s money woes, it was outspent in the 2018 midterm elections, for the first time ever, by gun safety groups, and a bevy of candidates around the country ran and won on a gun safety agenda. These reversals were spearheaded by a reinvigorated gun safety movement led by students from Parkland High School in Florida, the scene of the worst high school shooting in many years.

And then came the NRA’s annual spring convention. Usually a picture of gun rights unity and pride, this year’s event was a public relations debacle. The NRA’s president, Oliver North, issued a letter to the NRA’s board accusing LaPierre of profligate and improper personal spending, including $275,000 on clothing from a Beverly Hills boutique, travel to several posh resorts, and a charge of sexual harassment. North insisted that LaPierre step down, calling the situation an “existential crisis.” LaPierre fired back, accusing North of extortion and having an improper relationship with Ackerman-McQueen (which also represented North and paid him $1 million a year; ironically, LaPierre and his wife both had long ties to the ad firm). LaPierre prevailed, and North learned that he was out while the convention was still underway.

Yet that didn’t stop the bad news revelations: since 2010, the NRA had drawn over $200 million in cash from its non-profit NRA Foundation to keep the doors open. As of the end of 2017, NRA available assets were in the negative, to the tune of $31.8 million. In the last ten years, while its revenues grew only .7% per year, its expenses grew on average 6.4% per year. Recent annual deficits ran to $40 million. Some board members loudly condemned LaPierre’s profligate ways, including former congressman Allen West and former NRA president Marion Hammer.

On the legal front, a New York state agency ruled that the NRA’s “Carry Guard” insurance program, designed and marketed by Ackerman-McQueen to generate revenue by providing policies to cover self-defense shootings, violated state insurance rules. Critics dubbed it “murder insurance” because it could provide coverage for a criminal act. The NRA sued; the expensive litigation continues. The state’s Attorney General launched an investigation into the NRA’s tax status (the NRA is chartered in NY). NRA officials have already been served with subpoenas. Congressional investigations are following similar leads, including possible campaign finance law violations involving Russia.

In the latest turn, the NRA’s chief political strategist and second-in-command, Chris Cox, was suddenly forced out by LaPierre. Cox was accused of conspiring with North, a claim Cox denied. The sudden ouster was an even greater shock than North’s since he was with the organization for 24 years, and was viewed as LaPierre’s successor. Several wealthy donors to the NRA announced that they would stop all contributions until LaPierre was dismissed.

Each of these revelations is a body blow. Cumulatively, they could spell the end of the NRA as it has operated in modern times. Here are at least four likely developments:

--the NRA will survive, but not in its current incarnation. No stopgap cash infusion can cure its money problems and profligate spending habits.

--the NRA will ultimately need new leadership. No Charlton Heston can repair the damage.

--the NRA will not be a major factor in the 2020 elections. It will continue to speak out on gun issues, but it does not have and will not acquire the kind of cash needed to be a real player in time. NRA loyalists will continue to back Trump, but they would do so anyway.

--Despite other obstacles, gun safety groups will have an open field to advance their cause. On the other hand, the NRA’s political muscle lies less with money than with its loyal and devoted grassroots base, which remains intact. State gun rights groups will work to mobilize that base in the months to come to fill the void created by the NRA’s manifold problems.

The NRA has survived existential threats from within and without, and it’s nearly impossible to imagine gun politics today without the bulldog NRA chewing its way through the political landscape. Yet it is equally difficult to imagine how it can regain its bygone political mojo.