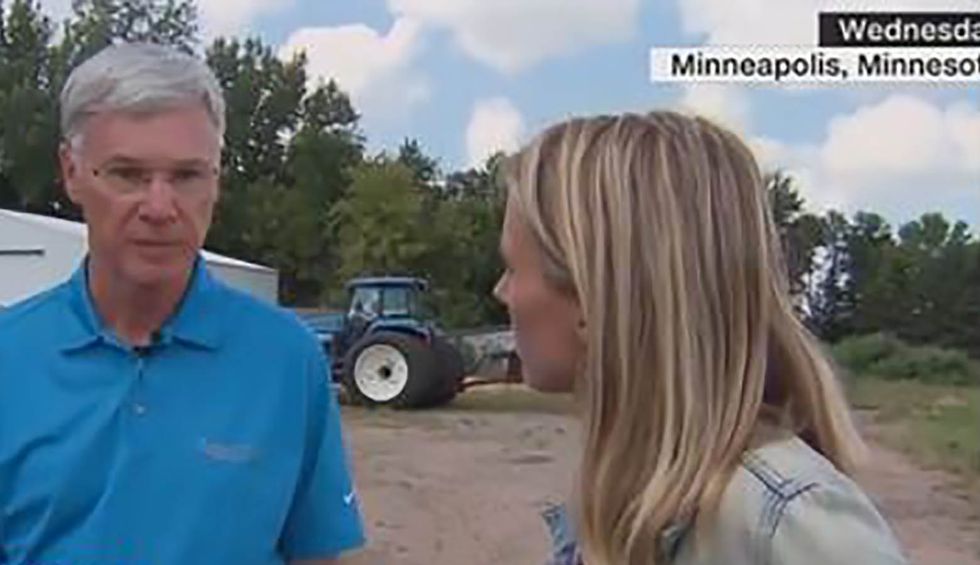 President Donald Trump has insulted at least one Minnesota farmer by his claim that farmers are “great patriots” who want him to continue his trade fight against China.

“This wound is self-inflicted, by our president,” said Gary Wertish, who is the Minnesota Farm Bureau president. “We definitely agreed with it in the beginning. But it doesn’t appear that there’s a plan B. Some of the callous comments come, especially from the president, you know, that farmers are ‘winning,’ we’re ‘great patriots,’ that’s very insulting. That’s coming from someone who never has faced the challenges of a family farmer. I go into the bank and tell the lender I can’t make the payment because we lost our market? The banker is going to tell me you don’t have to make your payment because you’re a patriot.”

“You know, what do you tell your children who want to farm?” she asked.

AGF Investment chief policy strategist Greg Valliere said that the economy is still growing, but it’s hardly something to write home about. The uncertainty is what is killing markets.

“That farmer we just heard from, or people who run businesses who need components of China face a lot of uncertainty — it looks like it’s not going to go away any time soon,” he said.

“Businesses aren’t investing here at home either,” he explained. “It’s toxic for the global economy. There may be some long-run gain with dealing with China, but it could come home to roost in the United States.”

“He’s rattled… he thinks that all the people that do this economic forecasting are a bunch of establishment weenies – elites who don’t know anything about the real economy and they’re against Trump,” the source said.

Valliere explained that Trump doesn’t have a lot left that he can do, in large part because the election is in 2020 and the GOP is going to be too busy trying to bail themselves out to fix’s Trump’s trade war.

Watch the full comments from the economists below: