'A death sentence': Trump reportedly moving to deport kids with cancer, HIV, and other deadly illnesses 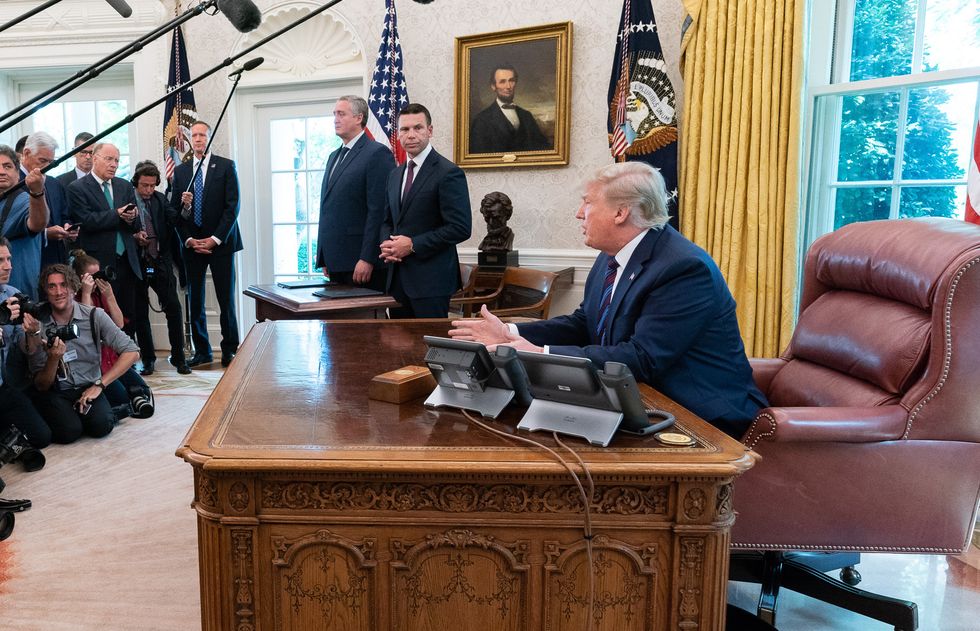 President Donald J. Trump announces the agreement to be signed between the government of the United States of America and the government of the Republic of Guatemala on Cooperation Regarding the Examination of Protection Claims, Friday, July 26, 2019, in the Oval Office of the White House. President Trump is joined for the signing by Kevin K. McAleenan, Acting Secretary of Homeland Security and Enrique Antonio Degenhart Asturias, Guatemala’s Minister of Interior and Home Affairs. (Official White House Photo by Joyce N. Boghosian)
Jake Johnson
and
Common Dreams
August 27, 2019 Human Rights

The Trump administration has reportedly ended a program which allowed immigrants with serious illnesses to temporarily remain in the U.S., a move by the White House that rights advocates decried as "a death sentence" for children receiving treatment for cancer, HIV, and other life-threatening diseases.

Reporting from local NPR affiliate WBUR said the "medical deferred action" program permitted immigrants to stay in the U.S. for two-year periods if they could demonstrate "extreme medical need."

"Many of the people affected by the policy change came to the U.S. through a visa or other permitted status and are requesting to stay beyond those terms to receive medical treatment," WBUR reported Monday.

Immigrants living and receiving medical care in Massachusetts learned of the Trump administration's policy change when they received letters from U.S. Citizenship and Immigration Services earlier this month warning them they will be deported if they don't leave the country in 33 days.

According to CommonWealth Magazine, the immigrants facing deportation include children with "children with cancer, cystic fibrosis, HIV, and other illnesses."

Ronnie Millar, executive director of the Irish International Immigrant Center, which represents immigrants affected by the change, called the Trump administration's move "inhumane and unjust" in an interview with CommonWealth Magazine.

During a press conference on Monday, Sen. Ed Markey (D-Mass.) blasted the Trump administration's "inhumanity" and characterized the change in policy as an effort to "terrorize sick kids with cancer who are literally fighting for their lives."

"This is a new low for Trump," said Markey. "The administration is now literally deporting kids with cancer."

A powerful call to action from @SenMarkey to ALL Americans to fight to save the critically ill patients whom this a… https://t.co/1dGG8GFZOt
— MIRA Coalition (@MIRA Coalition) 1566836841.0

The ACLU of Massachusetts vowed to take legal action to stop the Trump administration's latest attack on immigrants.

"We will take this fight to the courts," said Carol Rose, executive director of ACLU Massachusetts. "Lawyers are analyzing options right now."