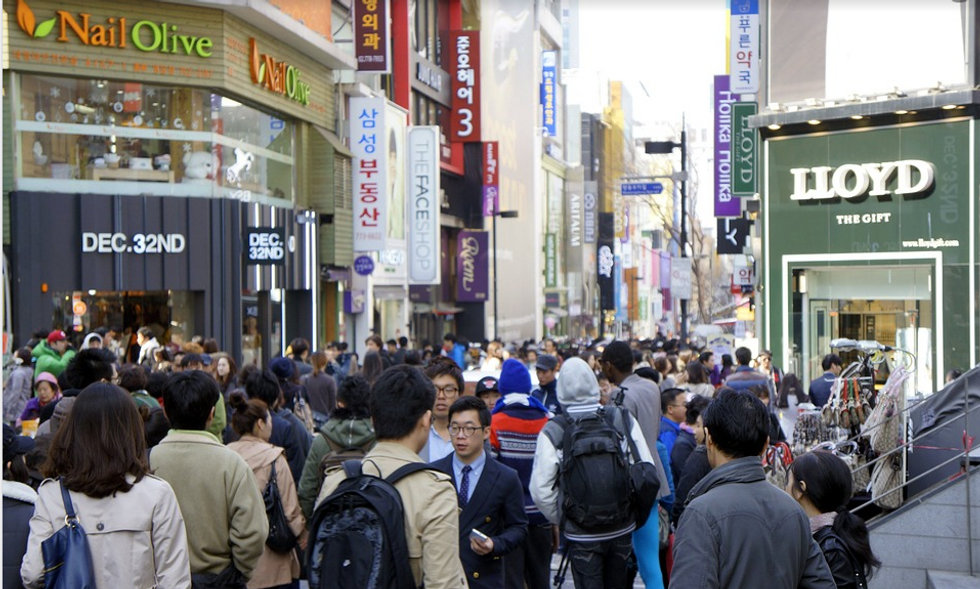 The idea that what happens in the next year and a half could have consequences that spell out what will happen to the world in coming centuries seems not just daunting, but … a little ridiculous. Over the top. Exaggerated. It’s true, any day can be very consequential if Donald Trump should mistake the Coke button for that other button, and November 3, 2020, does fall within the next 18 months, and that’s a pretty big day on anyone’s calendar. But still … the future of planet? That seems like a big claim.

Except that there are some pretty good reasons to believe it’s true. And one of those reasons is the fact that the temperature in Paris today was 109° F.

It was just last month that France and the rest of Europe were boiling in an early June heat wave that brought temperatures across the region to all-time record highs. As it turned out, those records lasted a month. This week records fell again and new ones were set in country after country. Roads buckled. Water pipes failed. Trains were derailed. People died. And the heat has not stopped.

Meanwhile, at the top of the world, the extent of Arctic Sea ice is at a record low for this date. In 2012, a warm year combined with a series of weather systems conspired to take the extent of ice far below the range seen over the 40-year history of close measurement. That 2012 result was such an outlier that it seemed like a genuine fluke … until this year.

As the BBC notes, almost from the first moment that people realized that the human-caused climate crisis is real, there’s been an effort to determine how quickly action needed to be taken to stave off the worst outcomes. Could we wait 50 years? What about 30? What about 20? The answers are no, no, and no. Recent studies had indicated that avoiding severe changes and keeping our already-warming world within 1.5° C (2.7° F) of where it was just a few years ago required action to be taken within the next 12 years.

That model hasn’t really changed. What has changed is the realization that we can’t get to Jan. 1, 2030, and throw a global switch to drastically reduce greenhouse gases. If the world is going to be where it needs to be in 2030 to stave off absolute catastrophe, the solution has to begin now. And now means within the next 18 months, when a series of decisions are likely to determine if we are going to save the planet for ourselves and our children, or throw it utterly away.

In December 2015, the nations of the world signed on to the Paris agreement, aimed at making significant reductions in the worldwide production of CO2 and other greenhouse gases. However, not only did that agreement lack any real enforcement mechanism, but since then Donald Trump has withdrawn the United States from the agreement. Those countries that have remained in the agreement have promised to tighten their restrictions by next year, but so far few seem to be making any real progress toward making that happen, and the noninvolvement of the U.S. isn’t helping nations decide to take critical, but potentially costly, steps.

And just as there is no worldwide switch for 2030, there is also no switch in the U.S., or Germany, or China, or anywhere else. Changes in every place take time and planning. Achieving the levels of reduction needed by 2030 means that action needs to be taken now. And that action isn’t being taken.

UN Secretary General António Guterres has called for a special climate summit to be held in September in New York. But Guterres has told countries to show up only if they have in hand their plans to reduce CO2 by 45%. Needless to say, the United States isn’t going. It’s not clear who is going.

Like Midwestern coal-fired power plants that export their pollution to the East Coast, every nation currently views carbon production as something that gets exported. Keeping fossil fuels on the table gives them energy options, and if they do screw the climate, well, it affects everyone. So just about the only countries with real incentive to hustle their reports to Guterres are those that don’t have a vested interest in fossil fuels and do have a recognition of the problem. In other words, the nations not responsible for the problem are likely to show up. Those that are responsible will stay away.

That event is a prequel to COP26, the 26th “conference of the parties” to the United Nations Framework Convention on Climate Change, to be held in November at a site not yet determined. It’s at that conference that member states will try to create the next climate agreement, and to make it one that can be enforced in some way. Paris … with teeth.

A Democratic victory going into that conference could mean that the world is looking at a United States where the next president ran and won on a platform of addressing climate change and executing a significant “green deal.” Because every major Democratic candidate has now put forward a serious, inclusive plan for addressing the climate crisis. That in turn could be the foundation that allows other nations to defend putting in place enforcement mechanisms and significant goals.

Or there could be Trump. And the whole process could be stalled by U.S. nonparticipation. And the world could spiral toward massive irrevocable changes.

So, you know, no pressure.