Trump's Treasury Department pick spread Obama conspiracy theories: 'Can he be both loyal to Islam and loyal to the United States?' 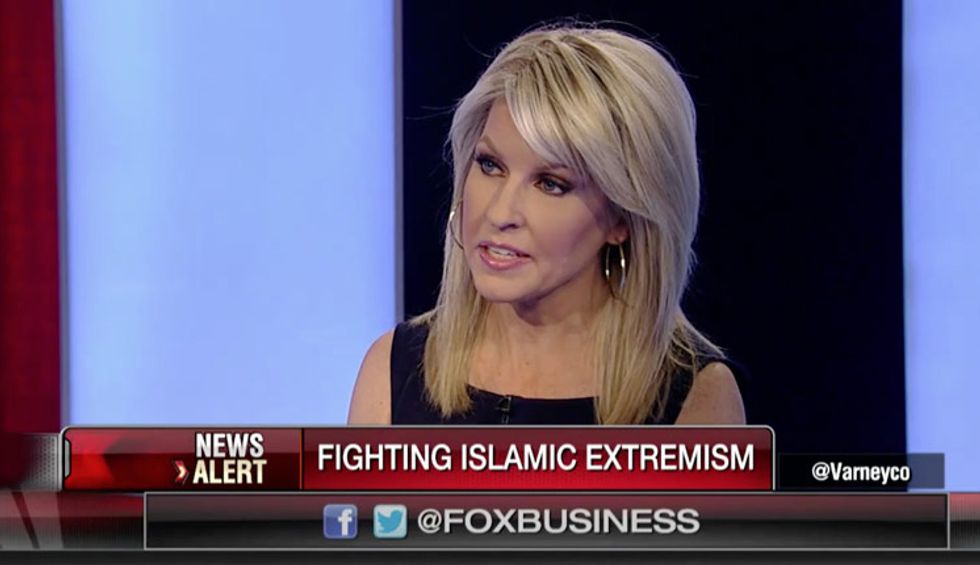 President Donald Trump has chosen Monica Crowley as assistant secretary for public affairs in the U.S. Treasury Department. And CNN is reporting that Trump’s pick for the position is a far-right conspiracy theorist who promoted the racist “birther” lie as well as the claim that President Barack Obama was a secret Muslim.

When Obama was serving his two terms as president, the term “birther” was used to describe those who bought into the conspiracy theory that Obama wasn’t really a U.S. citizen and was born in Kenya. Trump and his wife Melania Trump were birthers, as were alt-right author Jerome Corsi and Crowley — who, as CNN reports, applauded Trump’s birtherism. In an April 2011 blog post, Crowley insisted that the ludicrous birther claims of Trump and others were perfectly legitimate

“For over 2 1/2 years,” Crowley wrote, “questions have been raised about Obama’s origins and background. He was never properly vetted by an adoring press corps; so, outstanding concerns existed about his birth certificate.”

There never were any “legitimate” concerns about Obama’s birth certificate, which clearly states that he was born in Honolulu, Hawaii on August 4, 1961. It was a figment of Crowley’s imagination.

During the Obama years, Crowley also insisted that Obama’s loyalty was to radical Islam rather than the United States. Never mind the fact that al-Qaeda leader Osama bin Laden, on May 12, 2011, was killed by U.S. Navy SEALs after Obama ordered an operation to either capture him or, if necessary, kill him.

CNN’s report shows how irrational Crowley was in her Islamophobia, noting that when Obama was president, she insisted, “Obama was born to a Muslim father, which under Islam, automatically made him a Muslim. He says he converted to Christianity as an adult, which under Islam, makes him an apostate. He grew up in Indonesia, which is the most populous Muslim nation on earth. His stepfather was also a Muslim. He was steeped in Islam throughout his formative years; so, it should come as no surprise that he has loyalties to Islam.”

Crowley also said, “It may not come as a shock that he appears loyal to Islam. The question is: can he be both loyal to Islam and loyal to the United States?”