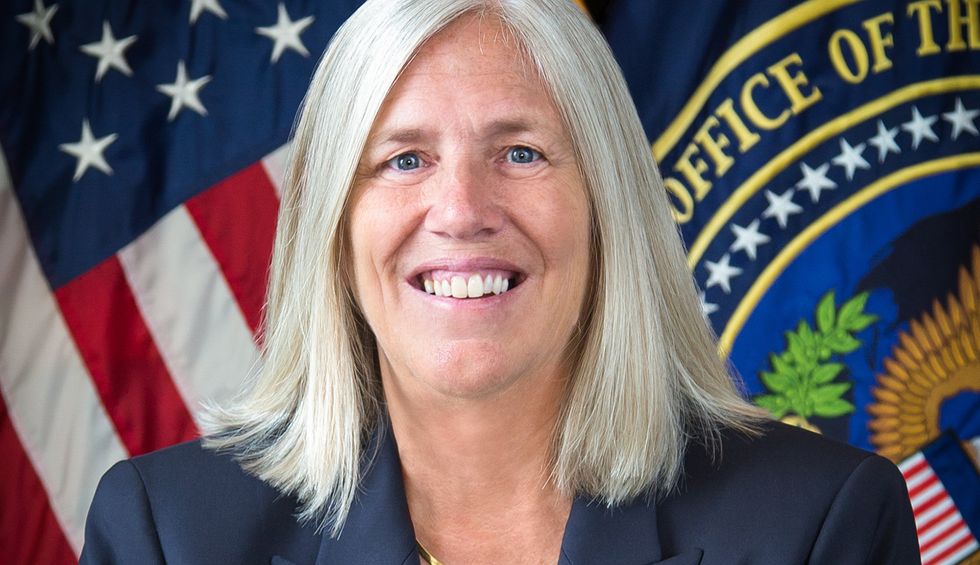 President Donald Trump clearly went for a loyalist when he nominated Rep. John Ratcliffe of Texas to replace National Intelligence Director Dan Coats, who has announced his resignation. But first, Ratcliffe — whose devotion to Trump was painfully evident during his hostile questioning of former special counsel Robert Mueller during a congressional hearing on July 24 — must be confirmed by the U.S. Senate. And CNN is reporting that Trump is bypassing traditional protocols while appointing an acting intel chief to hold the position while Ratcliffe awaits a Senate confirmation hearing.

Under a “normal” presidency with traditional protocols honored, Deputy Intelligence Director Sue Gordon would be a logical choice either as a temporary or permanent replacement for Coats. But according to two CNN sources, the problem Trump has with Gordon — even as a temporary intel chief — is that she would not be the type of unquestioning loyalist that Trump is seeking.

The Trump Administration, CNN reports, is “reviewing whether it can legally choose an acting director outside the line of succession.” But those two sources stressed to CNN that no final decision has been made.

North Carolina Sen. Richard Burr, the Republican who heads the Senate Intelligence Committee, told CNN he would be “shocked” if Gordon weren’t selected as acting intel chief. Gordon, Burr asserted, is “more than capable of handling that job.”

But Politico’s Natasha Bertrand is reporting that according to her sources, Gordon has been told that she will not be considered for the position — which Bertrand tweeted, “came as a surprise to” Gordon and “other intel professionals.”

As of a few weeks ago, I'm told, ODNI Deputy Director Sue Gordon had been told that she would not be considered to… https://t.co/uZ9UWOwEZ3
— Natasha Bertrand (@Natasha Bertrand) 1564491842.0

Many Democrats have been lambasting Trump for nominating Ratcliffe, stressing that he is more interested in appointing a yes-man than having the best intel chief for the job. And bypassing Gordon, CNN reports, “could further the criticism” that Trump “is politicizing the intelligence community at the expense of long-serving career professionals.”

Maura Beard, a spokesperson for the Office of the Director of National Intelligence, told CNN that ultimately, the decision on whether or not to appoint Gordon as acting intel chief is up to Trump — and that the decision is still up in the air.