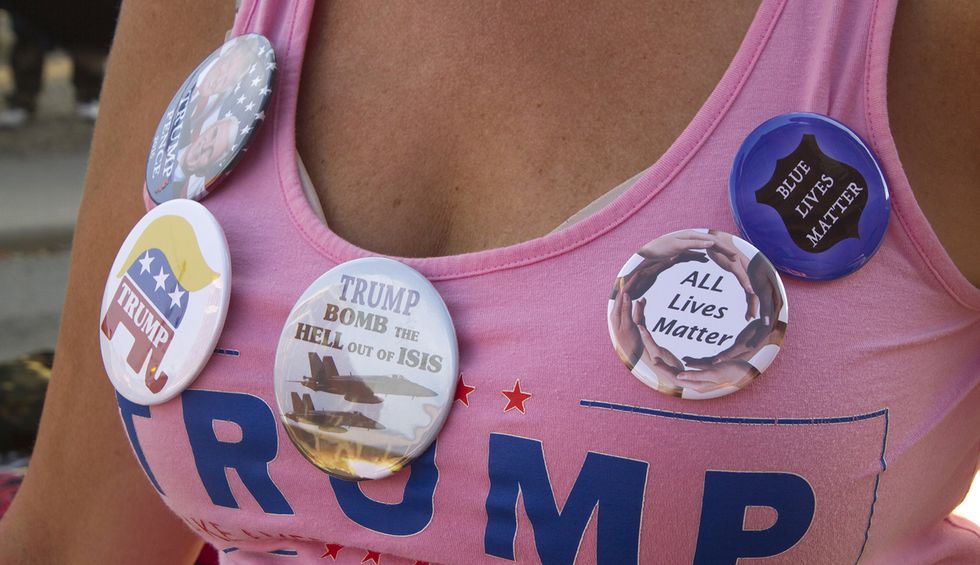 Donald Trump won election in 2016 because a majority of white women voted for him:

More than half of the white women who voted in the presidential election cast their ballot for Donald J. Trump, according to exit poll data collected by The New York Times.

The data indicate how deeply divided Americans are by race and gender: 94 percent of black women who voted and 68 percent of Hispanic or Latino female voters chose Hillary Clinton, but 53 percent of all white female voters picked Mr. Trump.

The data can be broken down further: 51 percent of white women with college degrees voted for Mrs. Clinton, while 62 percent of women without one voted for Mr. Trump, a reflection of his success with working-class whites. — www.nytimes.com/...

White working-class women have been a reliably Republican-leaning constituency for the past generation. Bill Clinton in 1992 and 1996 is the only Democratic presidential candidate since 1980 who has carried them. Data measuring the 2016 vote show that Trump expanded the GOP margins with these women to the highest level in years: His advantage ranged from 21 percentage points, according to calculations by Catalist; to 23 points, according to Pew; to 27 points, according to the exit polls. — www.theatlantic.com/...

But in 2018, Republicans sagged among these women. Nationally, GOP House candidates still won their vote overall, but by less robust margins than Trump did two years before: 14 points per the exit polls and 17 percent per the Catalist calculations. And Democrats in 2018 generally performed much better with these voters in marquee Senate and governor’s contests in Pennsylvania, Michigan, and Wisconsin. (Only in the Senate race in Michigan and in the governor’s race in Wisconsin did Republicans retain a solid lead with these voters.)

The Atlantic article above contains results of focus groups as well, which seem to suggest white women, including working class white women are less inclined to make excuses for Trump’s racists statements. Though they still express support for his immigration policies, they are not as keen to defend his justifications for them, and it’s possible that the abuses perpetrated on children by the Trump administration have turned them off.

But as Democratic pollster Greenberg told Brownstein, this becomes a taller order if the women in that demographic are getting alienated, even if the men are as gung-ho for Trump as ever. “White working-class men look like they are approaching the 2016 margins for Trump,” Greenberg allowed, but he added, “it only works if women are part of the story.”

As Brownstein summarizes it, Trump’s hopes of pulling an electoral college miracle again by winning those “blue wall” states a second time will turn heavily on “whether Democrats can fan doubts about Trump that have surfaced among blue-collar white women." That’s because those women cast slightly more than half the overall votes cast by working-class whites. — www.washingtonpost.com/...

The Quinnipiac summary data is below: