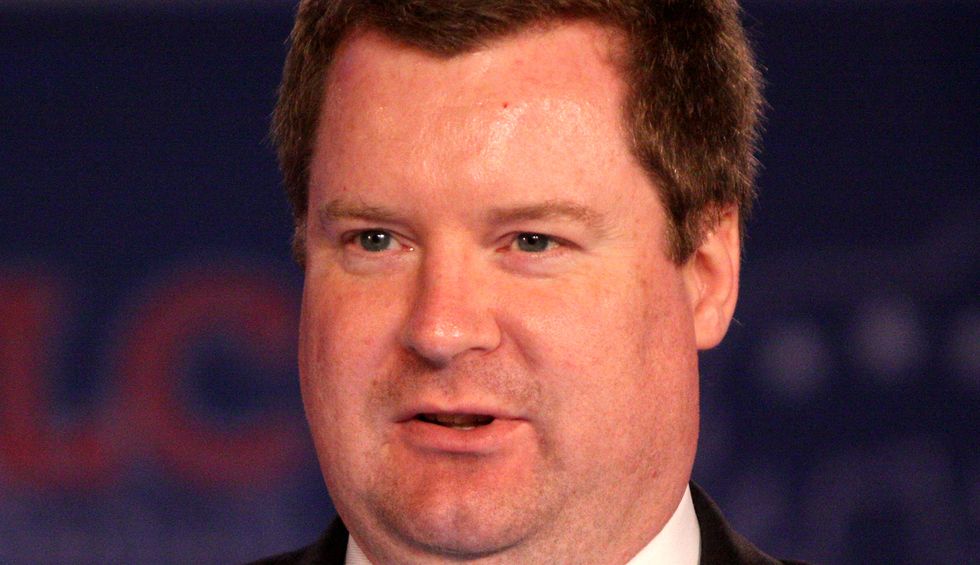 Erick Erickson, a far right wing religious extremist who was once considered a conservative "thought leader" is getting slammed after making a vile and disgusting – not to mention wholly false – claim apparently about liberals.

Erickson, who (for reasons unknown) as recently as this year appeared on MSNBC and who has compared LGBT activists to ISIS, used billionaire pedophile Jeffrey Epstein's horrific crimes and newly alleged sex trafficking charges to suggest that gay people somehow are exempt from society's mores – when the opposite is frequently true, thanks at times to people like Erickson.

He also suggested that liberals inconsistently denounce sex crimes and rape, which is astonishingly false.

The claim drew swift rebukes from many on both the left and the right.

Republican pollster Frank Luntz made clear the left has been consistent in its outrage over sexual exploitation, child rape, and other sexual crimes:

Some others took a more direct approach:

@EWErickson In case anybody is confused, Erick is trying to score political points off little girls being sexually… https://t.co/RBo4T8y2td
— Evan Hurst (@Evan Hurst)1562702652.0

The Daily Beast took the opportunity to tweet out a December article on Erickson:

Some noted Republicans' support of other child rapists: