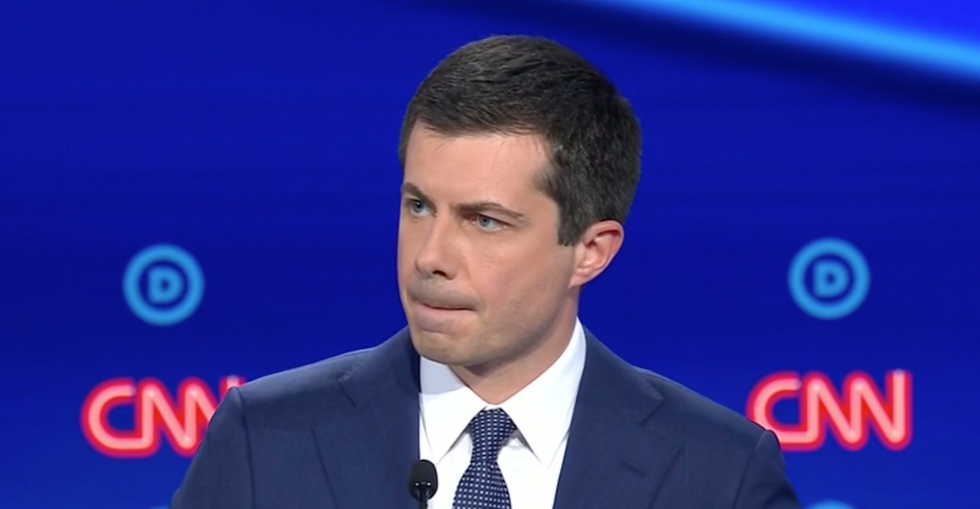 Right-wing writer Erick Erickson seems particularly perturbed by Democratic presidential candidate Pete Buttigieg, repeatedly going out of his way to shame the South Bend mayor over the fact that he is gay.

In a tweet Wednesday after the Democratic debate in which Buttigieg brought up his Christian faith, Erickson compared the mayor unfavorably to President Donald Trump:

Here, Erickson seems to be putting Buttigieg's sexual orientation as a "sin" on the same level of Trump's own admitted violations, which include having had three wives and groping women aggressively and sexually without their consent. He's also been accused of multiple premarital affairs, two of which were covered up during his 2016 campaign with criminal hush money. And most seriously of all, he has been accused of rape multiple times.

Moreover, the claim that Trump is religiously humble — a man who literally signed copies of the Bible — is laughable on its face.

Erickson reiterated these attacks on Buttigieg in a post on The Resurgent, writing: "Pete Buttigieg is a practicing homosexual who willfully refuses to recognize Holy Scripture identifies that as a sin. He will not repent either."

On Tuesday night, he also explicitly mocked Buttigieg's religion in another bigoted move, saying: "Just a reminder that Pete Buttigieg is an Episcopalian, so his understanding of Christianity isn't very deep or serious."