Ocasio-Cortez blasts Fox News host for comparing migrant camps to ‘a house party’: Where did you drink ‘out of a toilet?' 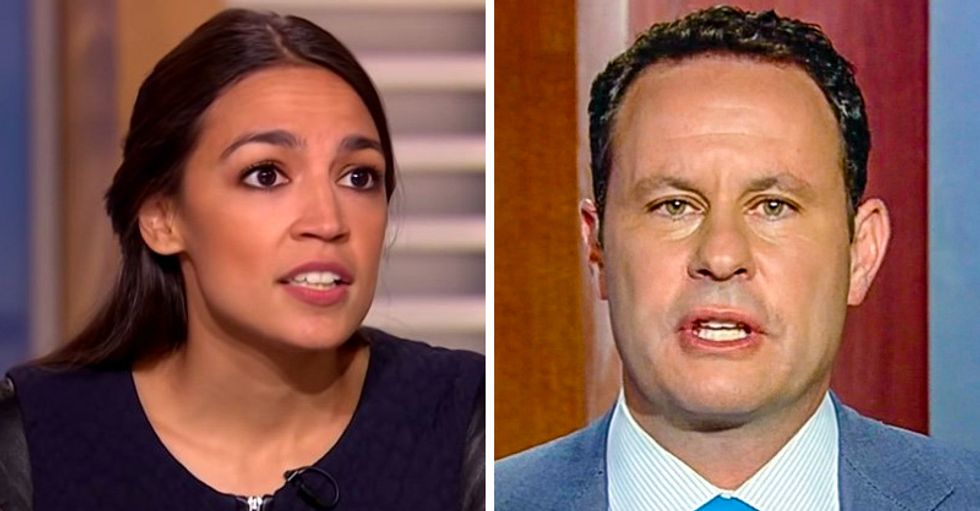 U.S. Rep. Alexandria Ocasio-Cortez is going after Brian Kilmeade, after the Fox News host likened the deplorable conditions in federal government-run concentration camps for migrants to a "house party."

AOC visited several camps in Texas on Monday, reporting back to the American people the horrific conditions, including tremendous overcrowding, guards telling detainees to drink out of toilets because there was no water – then laughing at them, and other disgraceful instances of inhumane abuse.

The Democratic Congresswoman from Queens and The Bronx just posted this tweet:

She links to this video of Kilmeade on "Fox & Friends," making his disturbing remarks:

"Here's the thing," Kilmeade says. "Picture yourself, you have a house, family of five. You have a party, you have 30 people over. Maybe you have a big party and you have 100 people over and you have two and a half baths. In the beginning, it would be OK with 30. Then after 100 people, it would be a little bit taxed, maybe you got to get an outdoor facility. Can you picture 5,000? You can have the best facilities in the world but they are so overstocked."

As Media Matters reports, Kilmeade's guest host, Griff Jenkins later says AOC calling the migrant camps concentration camps "isn't fair because all the people that are in our custody came on their own accord."

Jenkins clearly has no knowledge of Hitler's Germany.