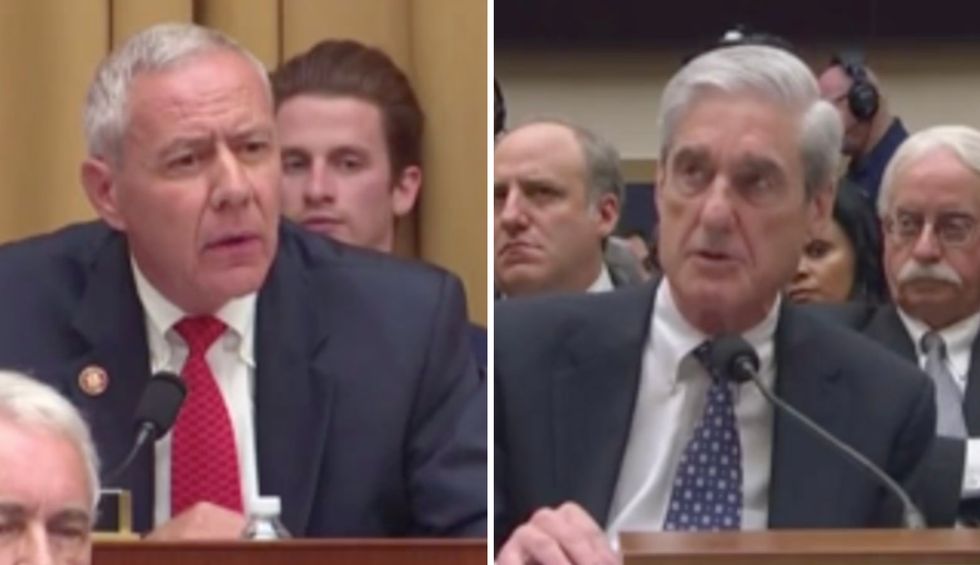 Former special counsel Robert Mueller, in testimony before the House Judiciary Committee on Wednesday, informed Rep. Ken Buck (R-CO) that the president can be charged with a crime after leaving office, a moment that appeared to stun the Republican representative.

Buck was in the middle of a line of questioning designed to criticize Mueller’s refusal to indict or exonerate President Trump for alleged obstruction of justice.

“I would not agree to that characterization at all,” Mueller replied. “What we did was provide to the Attorney general in the form of a confidential memorandum our understanding of the case. Those cases that were brought, those cases that were declined. And that one case where the president cannot be charged with a crime.”

“Okay,” Buck replied. “But could you charge the president with a crime after he left office?”