Justin Amash: Nancy Pelosi 'shouldn’t have opened her mouth in the first place’ if she wasn't ready to impeach Trump 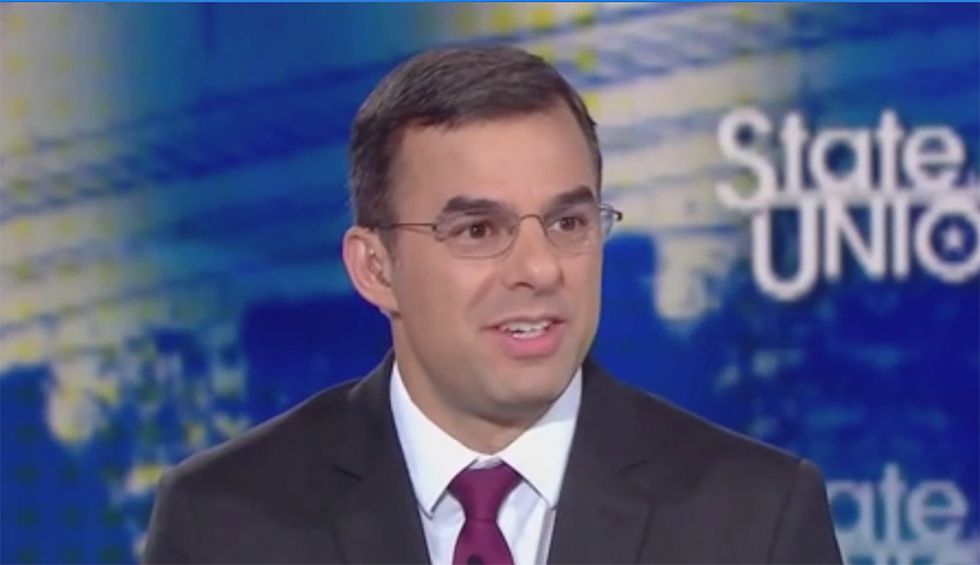 Rep. Justin Amash (MI) on Sunday hit Speaker of the House Nancy Pelosi (D-CA) for refusing to pursue an impeachment inquiry into President Donald Trump, arguing she “shouldn’t have opened her mouth in the first place” if she wasn’t ready to begin the proceedings.

Amash was speaking with CNN’s Jake Tapper on Sunday after announcing on July 4 he was leaving the Republican Party. In May, Amash became the first member of the Republican Party to call for Trump’s impeachment after reading special counsel Robert Mueller’s final report on Russian interference in the 2016 presidential election. Amash told Tapper on Sunday that anyone besides the president would have been indicted for conduct described in Mueller’s report.

Amash argued that Pelosi is making a moral and strategic mistake by refusing to begin impeachment proceedings against Trump. According to Politico, House Judiciary Committee Chairman Jerry Nadler (D-NY), “has twice urged Pelosi in private to open a formal impeachment inquiry, but the speaker” fears impeachment “would backfire on Democrats without meaningful Republican support.”

“When she says things like, ‘Oh, I think that we need to have the strongest case before we go forward,’ what she’s telling the American people is she doesn’t think there is a strong case,” Amash continued. “If she doesn’t think that then she shouldn’t open her mouth in the first place and say she thinks there is impeachable conduct.”

“I do believe there is a strong case, I believe she believes there’s a strong case and if so she should move forward and make sure the American people understand what’s going on,” the congressman added, noting that the public expects members of Congress to their jobs, read the Mueller report, and act on the findings laid out by the special counsel.

“If she doesn’t want to go forward then we have a big problem,” Amash said,

Asked by Tapper how many Republican members of Congress he believes actually read the report, Amash argued “it is probably less than 15 percent,” adding “I would say that’s probably the case on both sides of the aisle.”