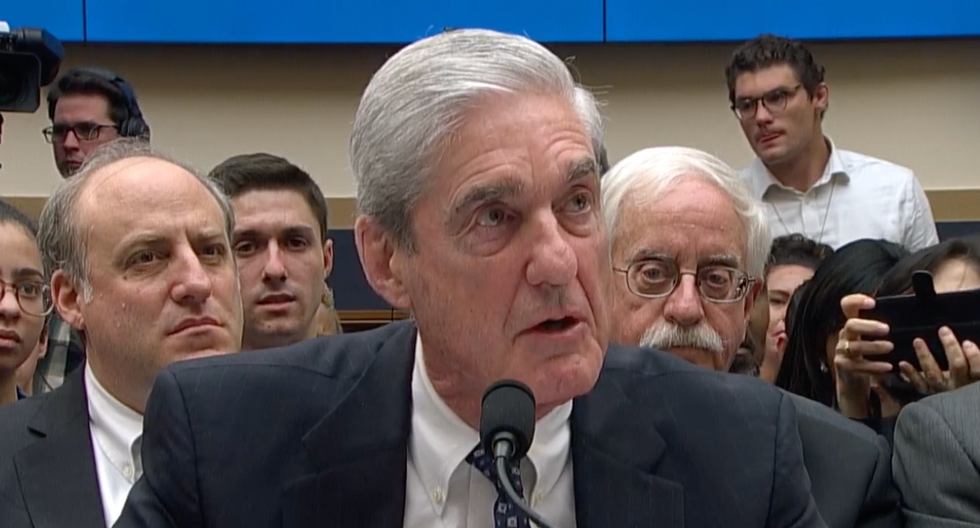 Throughout his testimony on Wednesday, former Special Counsel Robert Mueller was generally reserved and hesitant with his answers. When pressed on specific matters, he usually referred lawmakers directly to what is written in his report, and frequently refused to expand on his analysis or opinions of matters in the Russia investigation.

But under one particular line of questioning from Rep. Mike Quigley (D-IL), Mueller appeared to drop this hesitance and offered straightforward criticism of President Donald Trump's conduct during the 2016 election.

Quigley read out a series of then-candidate Trump's statements about releases of stolen emails from WikiLeaks, which Mueller agreed acted as a hostile foreign intelligence agency. In the comments, Trump said "I love WikiLeaks," said its "stuff is unbelievable" and "you gotta read it."

"Do any of those quotes disturb you, Mr. Director?" said Quigley.

"How do you react to them?" asked Quigley.

"Well, 'problematic' is an understatement," said Mueller. "In terms of what it displays, in terms of giving some hope, or some boost to what is and should be illegal activity."

Quigley then detailed how Donald Trump Jr. had "direct electronic communication with WikiLeaks during the campaign period."

"[Is] this behavior, at the very least, disturbing?" Quigley asked.

"I hope this is not the new normal," Mueller said. "But I fear it is."

Watch the clip of the exchange with Quigley below: