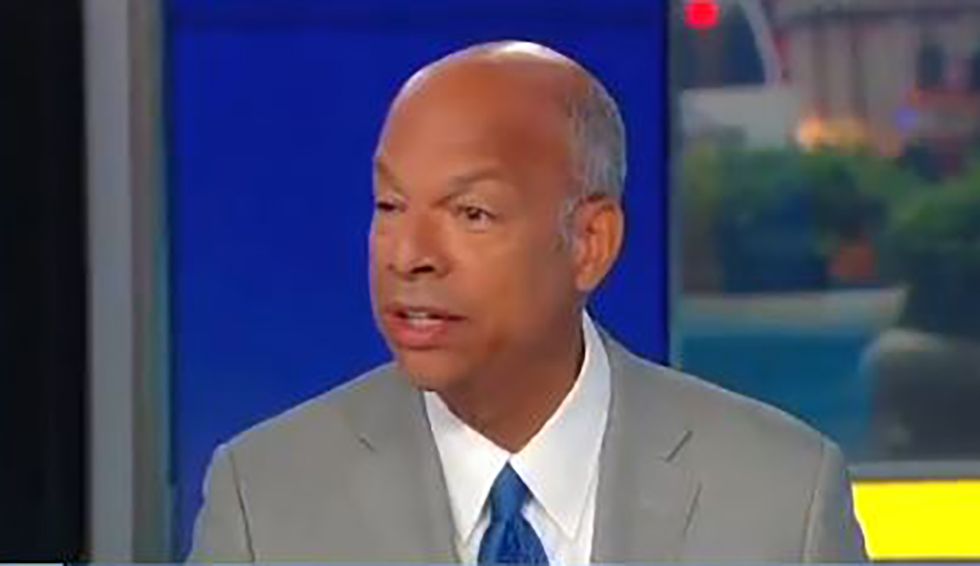 During an appearance on Fox News, Johnson explained why it was racist for Trump to tell the four congresswomen, all of whom are American citizens, to “go back” to the countries they came from.

“Whether you’re the fourth-generation descendant of a slave from Lynchburg, Virginia, or your name is George W. Bush, or your name is Donald Trump, or you were naturalized… in Brooklyn at 9:30 yesterday morning, you’re an American, period,” he said. “This is your home. There’s no place to go back to, and I hope we all remember that.”

“I think that’s very well said,” Kilmeade conceded, before pivoting to his defense of Trump. “I think his point was, when people are so critical of the country, it frustrates a lot of people in this country because they don’t seem to understand how great this country is.”

Johnson, however, was not buying this explanation.

“Well, that’s the walk-back version,” Johnson said. “The original statement to four American citizens, three of whom were born here, is go back to where you came from. That was the original tweet. That represents a huge setback to the ability of our elected leaders in Washington to get things done for the people here.”