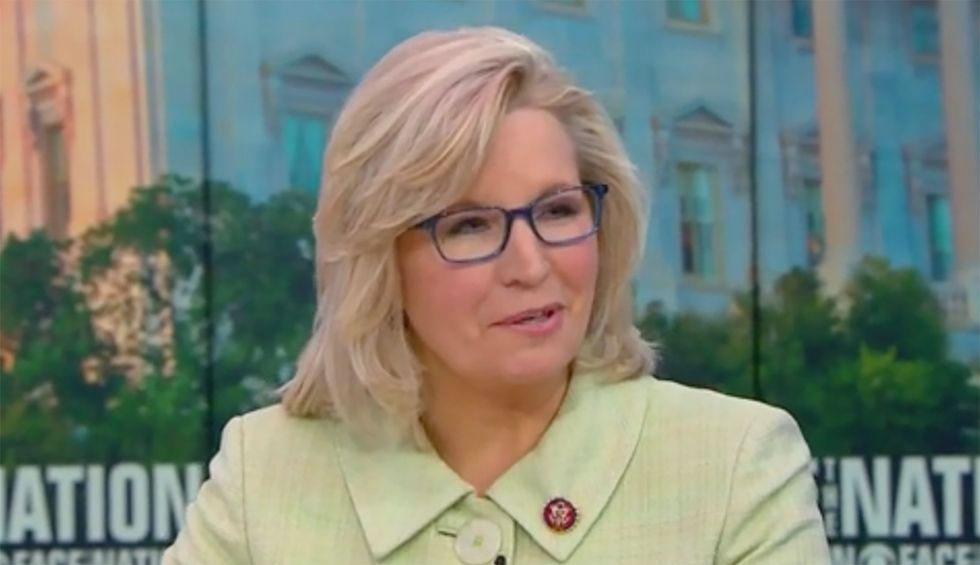 Rep. Liz Cheney (R-WY) accused CBS host Margaret Brennan of unfairly bringing race into a discussion after President Donald Trump told four non-white Democratic congresswomen to “go back” to where they came from.

In an interview on Face the Nation, Brennan asked Cheney if it was appropriate for Trump supporters to chant “send her back” at a rally in North Carolina last week.

“The news media wants to make this about race — you just did it,” Cheney told Brennan. “It’s not about race, gender, religion… As Republicans we will fight against those even if the mainstream media accuses us of racism when we do this.”

When pressed, Cheney called the “send her back” chant “wrong.”

“You have members of Congress like Ilhan Omar and advocating the complete elimination of fossil fuels, air travel, insurance,” Cheney added. “We won’t stand for this. We won’t stand for policies taking freedoms from the American people. That’s the fight.”

“That’s not what the president tweeted about this morning,” Brennan remarked. “He said, I don’t believe the four congresswomen are capable of loving our country.”

“Excuse me,” Cheney interrupted. “Listen, you continue to put in these little points. Every time you do it you make the point I’m making. As Republicans we’re focused on substance and policy. We will do that no matter what the mainstream media will do.”

“Unfortunately we don’t have time to talk about Iran,” Brennan said, attempting to conclude the interview.

“You should of asked earlier,” Cheney snarled.

“If the president tweets about it we will,” Brennan shot back.

“He has tweeted about Iran quite a bit,” Cheney complained. “It would be good to cover it all.”

“I would love to,” Brennan said, cutting Cheney off.