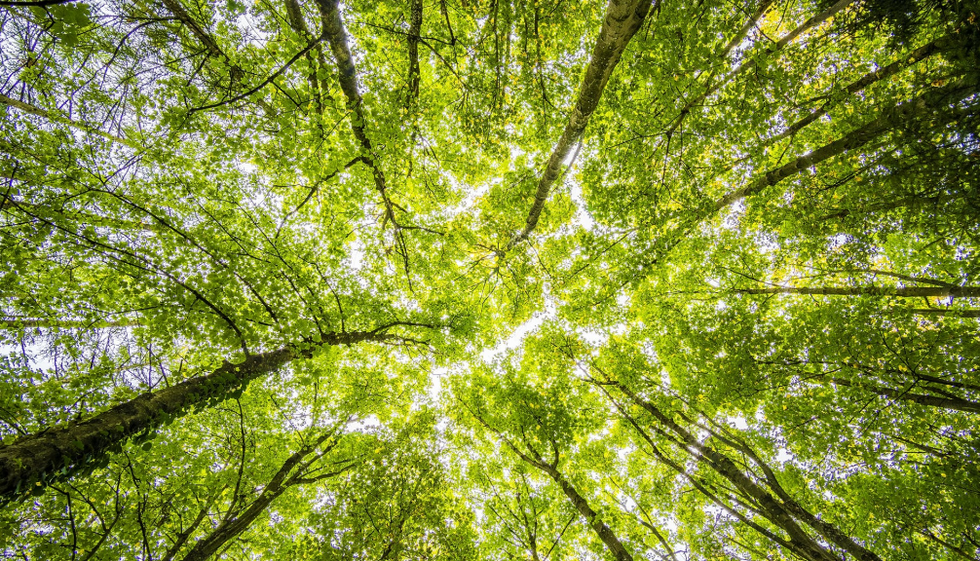 Amid record-setting temperatures worldwide and predictions by experts that this year will be among the hottest humanity has ever seen, researchers behind a new study say a rapid global effort to plant billions of trees and the restoration of forests would be the "most effective" strategy for battling the planetary climate emergency.

Based on a model of the potential for restoring trees worldwide to capture atmospheric carbon that is heating the planet, a Europe-based research team found that currently "there is room for an extra 0.9 billion hectares (2.22 billion acres) of canopy cover, which could store 205 gigatonnes of carbon in areas that would naturally support woodlands and forests."

Lead researcher Tom Crowther, a professor at the Swiss university ETH Zürich, explained to Metrothat "if we act now, this could cut carbon dioxide in the atmosphere by up to 25 percent to levels last seen almost a century ago." A worldwide planting program, researchers estimate, could remove two-thirds of the carbon that human activity has put into the atmosphere.

In terms of cost, Crowther said that "the most effective projects" do restoration at about ¢30 per tree, meaning that restoring a trillion trees would be about $300 billion—which, he added, makes tree restoration "by far the cheapest solution that has ever been proposed."

Putting that figure into context, the U.S.-based youth-led Sunrise Movement tweeted, "For a fraction of the cost of the Trump tax cuts, we could pay for a trillion new trees and offset 2/3rd of all emissions to date."

The report, published Friday in the journal Science, describes tree restoration on a global scale as "our most effective climate change solution to date" while also warning that "climate change will alter this potential tree coverage."

We estimate that if we cannot deviate from the current trajectory, the global potential canopy cover may shrink by ~223 million hectares (~551 million acres) by 2050, with the vast majority of losses occurring in the tropics. Our results highlight the opportunity of climate change mitigation through global tree restoration but also the urgent need for action.

In its reporting on the new research, Vox noted that "there is distinction here between restoration, also known as reforestation, and afforestation. The latter refers to planting new trees where there were none before. The former refers to bringing trees back to areas that were previously forested, whether that's through planting trees or allowing the woodlands to regrow on their own."

This research team focused on the former—planting trees where they once were. While the potential is great, accomplishing it is no easy task, Vox reported, because "deforestation is still rampant and is accelerating in some parts of the world. Rather than building up forests as a resource to offset greenhouse gas emissions, we're currently losing them, and emitting more carbon in the process."

Crowther, however, appeared optimistic—given the potential impact and wide range of people and institutions that can actually take action.

"What blows my mind is the scale," Crowther told The Guardian. "I thought restoration would be in the top 10, but it is overwhelmingly more powerful than all of the other climate change solutions proposed."

According to the newspaper:

Crowther emphasized that it remains vital to reverse the current trends of rising greenhouse gas emissions from fossil fuel burning and forest destruction, and bring them down to zero. He said this is needed to stop the climate crisis becoming even worse and because the forest restoration envisaged would take 50-100 years to have its full effect of removing 200bn tonnes of carbon.

Some activists and experts—including Swedish teenager Greta Thunberg and Glen Peters, a research director at Norway's Center for International Climate Research—responded to the new study by emphasizing the importance of also changing human behaviors that produce planet-heating emissions, considering how long it could take to plant enough trees to remove carbon from the atmosphere.

Crowther pointed out that planting trees is a solution that doesn't require U.S. President Donald Trump "to immediately start believing in climate change, or scientists to come up with technological solutions to draw carbon dioxide out of the atmosphere."

"It is available now, it is the cheapest one possible, and every one of us can get involved," he said, considering that in addition to any government-backed efforts individuals and charities can plant trees.

The model reveals restoration opportunities worldwide, with the six largest countries—Australia, Brazil, Canada, China, Russia, and the United States—collectively containing about half of the sites.

Crowther described Brazil—which contains the majority of the Amazon rainforest and is currently under the control of right-wing President Jair Bolsonaro—as his "dream hotspot to get it right," but he reiterated that "the potential is literally everywhere—the entire globe. In terms of carbon capture, you get by far your biggest bang for your buck in the tropics, but every one of us can get involved."

Author and anthropologist Jason Hickel praised the research as "brilliant" and noted that in addition to sucking carbon out of the atmosphere to combat the global climate crisis, tree restoration could provide job opportunities.

Brilliant new research showing how much carbon can be sequestered by reforestation around the world. I suggest tha… https://t.co/NBFWkGlm2W
— Jason Hickel (@Jason Hickel)1562270585.0

The environmental advocacy group 350.org, which welcomed the research, tweeted that "we also need to remember indigenous communities and their important role as forest stewards.

The organization's co-founder Bill McKibben was among the activists, experts, and writers who came together in April to launch a bold campaign that, as Common Dreams reported at the time, called for "embracing nature's awesome restorative powers to battle the existential crises of climate and ecological breakdown." In a tweet promoting the campaign, McKibben said that "along with stopping fossil fuel emissions, we badly need to restore natural systems."