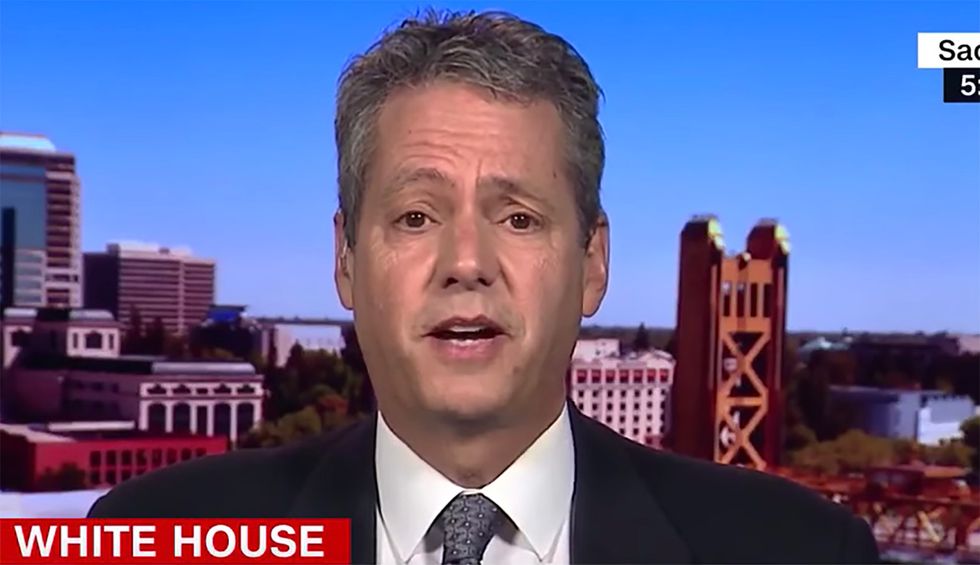 Bombshell reports from the New York Times have found that President Donald Trump has lied about his wealth for decades now — even during times when he was burning through cash and had trouble finding a bank willing to lend him money.

Financial reporter Jonathan Greenberg went on CNN Monday to expose just how Trump has kept the true status of his wealth a secret from the general public for decades.

Greenberg, who covered Trump while at Forbes in the 1980s, told CNN’s John Berman that the president has been very good at running intimidation campaigns against journalists and organizations that threaten to expose his purported wealth as a house of cards.

“The editor that wrote… the first story to question whether [Trump] was failing before his bankruptcy was the subject of an investigation and of threats by Trump and bullying,” Greenberg explained. “And the magazine backed down and changed its story and told them to say — instead of ‘Trump was worth below zero’ — that he had a net worth of $500 million. The reason they did it is because Trump was threatening to sue, and he was also threatening to expose [Forbes publisher] Malcolm Forbes with some sort of outrageous lie that Trump had concocted.”

He then explained that Trump has a particular loathing for investigative reporters because they have the power to expose him as a fraud.

“Truth is like kryptonite to Donald Trump and truth tellers are mortal enemies because they destroy his myth of success,” he said.