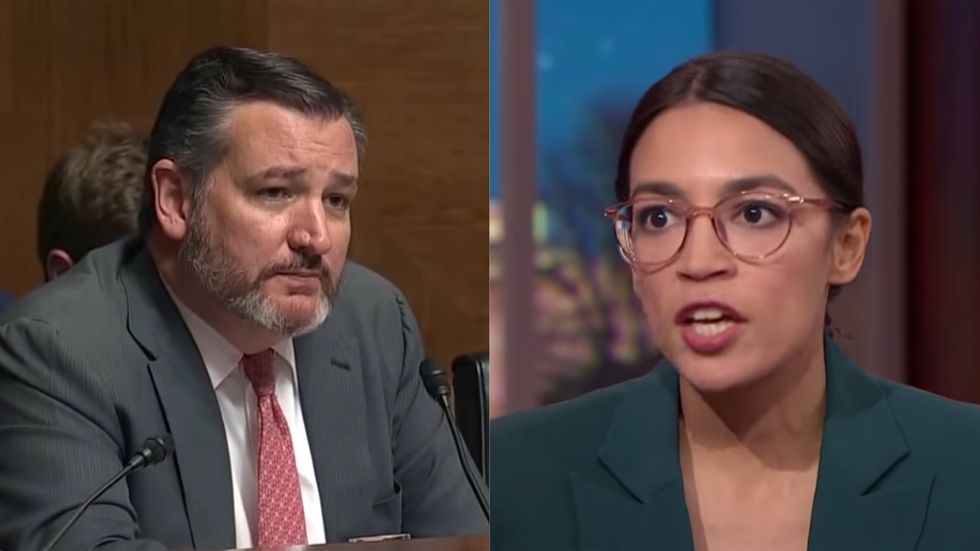 Less than two weeks after joining forces for a bill that would ban members of Congress from becoming lobbyists, a most unlikely duo — far-right Republican Sen. Ted Cruz of Texas and Democratic Rep. Alexandria Ocasio-Cortez of New York City — have expressed interest in bipartisan legislation that would make birth control available over the counter.

On Twitter, the 29-year-old AOC expressed interest in making over-the-counter birth control legal — and Cruz responded, “I agree.” The Texas senator proposed, “Perhaps, in addition to the legislation we are already working on together to ban Members of Congress from becoming lobbyists, we can team up here as well. A simple, clean bill making birth control available over the counter. Interested?”

Corbin Trent, an AOC spokesman, told the New York Daily News, “That would be great” when asked about Cruz’ proposal.

I agree. Perhaps, in addition to the legislation we are already working on together to ban Members of Congress from… https://t.co/PyaW1XSKYT
— Ted Cruz (@Ted Cruz) 1560355796.0

But Trent noted that Rep. Ayanna Pressley of Massachusetts had already introduced the type of bill Cruz had in mind, co-sponsoring it with Democratic Washington Sen. Patty Murray. And Pressley, who has been among AOC’s liberal/progressive allies in the House of Representatives, reached out to Cruz on Twitter — posting, “Hi there @tedcruz hit up our girl @pattymurray. She and I have already written the bill.”

In her tweet, Pressley humorously referred to Ocasio-Cortez, Rep. Katie Hill and herself as “the Destiny’s Child of OTC birth control” — a reference to the all-female vocal group that made Beyoncé Knowles an R&B superstar in the 1990s before she launched her solo career.

Hi there @tedcruz hit up our girl @pattymurray she and I have already written the bill, album dropping tomorrow 😉… https://t.co/TKkFyt4dcd
— Ayanna Pressley (@Ayanna Pressley) 1560369717.0

Murray tweeted Cruz as well, posting, “Ayanna Pressley is exactly right. We’d all love to have your support for accessible *AND* affordable OTC birth control. Will get you the details.”