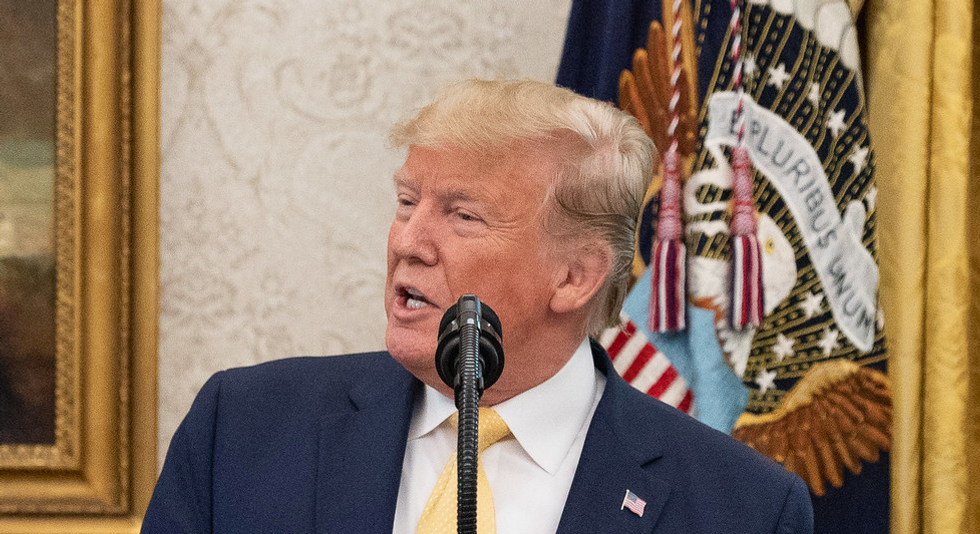 In a horrifying piece for The Cut published Friday, journalist E. Jean Carroll joined the more than a dozen women who have accused President Donald Trump of sexual assault and misconduct. Her story includes one of the worst allegations yet, that Trump forced her against a wall and raped her in a Bergdorf Goodman 23 years ago as she tried to fight him off.

The article already included a denial from the White House, but after the story was published, Trump issued a new statement attacking Carroll. And it included at least one clear lie.

"I’ve never met this person in my life," the statement said. "She is trying to sell a new book—that should indicate her motivation."

However, Carroll's article included a picture, provided by her, showing that she met with Trump at least once in 1987. The image only shows the back of Trump's head, but it clearly has his distinctive hairstyle; most persuasively, he is standing next to Ivana Trump, his wife at the time.

Trump also said: "I would like to thank Bergdorf Goodman for confirming they have no video footage of any such incident, because it never happened."

But this misrepresented what Bergdorf Goodman said. The company said they had no video records stored from the time of the event, so they have no way to prove or disprove the allegation.

He also tried to suggest, erroneously, that the Democratic Party is working with Carroll.

There's good reason to find Carroll's story credible. New York Magazine got in touch with Carroll's friends, who confirmed that she told them about the rape contemporaneously.