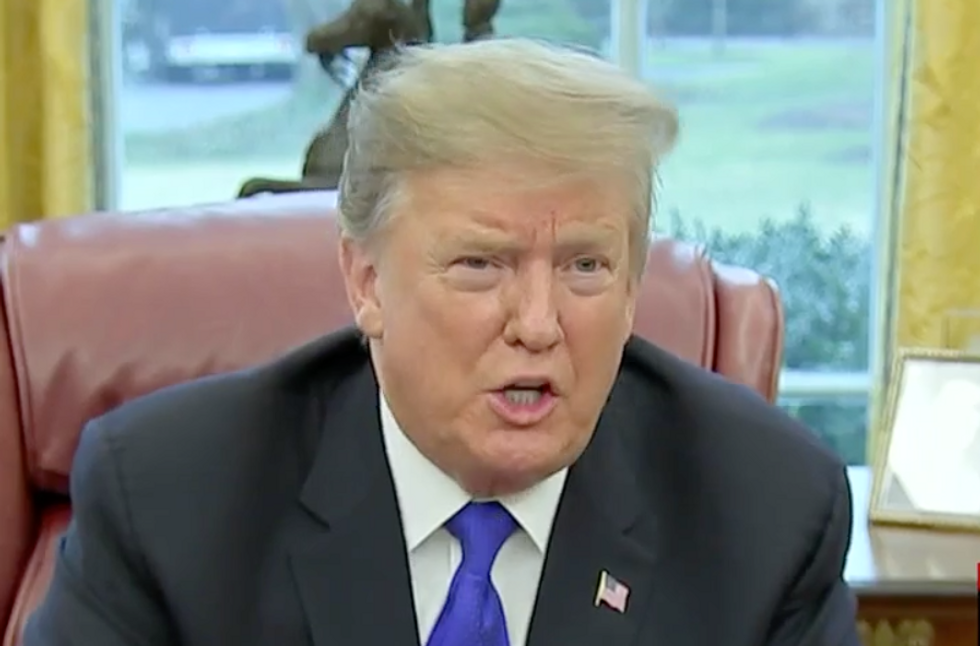 In a clear message to President Donald Trump, Federal Election Commission Chair Ellen Weintraub posted a message on Twitter Thursday night warning that anyone who solicits or accepts campaign help from foreigners "risks being on the wrong end of a federal investigation."

"I would not have thought that I needed to say this," she said in a tweet.

The statement was clearly triggered by Trump's comments on Wednesday to ABC News. He declared in an interview that he would be willing to accept opposition research from a foreign government during an election and that he would not be obligated to tell the FBI about such contacts.

Here are the full remarks:

Let me make something 100% clear to the American public and anyone running for public office: It is illegal for any person to solicit, accept, or receive anything of value from a foreign national in connection with a U.S. election. This is not a novel concept. Electoral intervention from foreign governments has been considered unacceptable since the beginnings of our nation. Our Founding Fathers sounded the alarm about "foreign Interference, Intrigue, and Influence.” They knew that when foreign governments seek to influence American politics, it is always to advance their own interests, not America’s. Anyone who solicits or accepts foreign assistance risks being on the wrong end of a federal investigation. Any political campaign that receives an offer of a prohibited donation from a foreign source should report that offer to the Federal Bureau of Investigation.