Only these three House lawmakers have access to the complete Mueller report's evidence: report 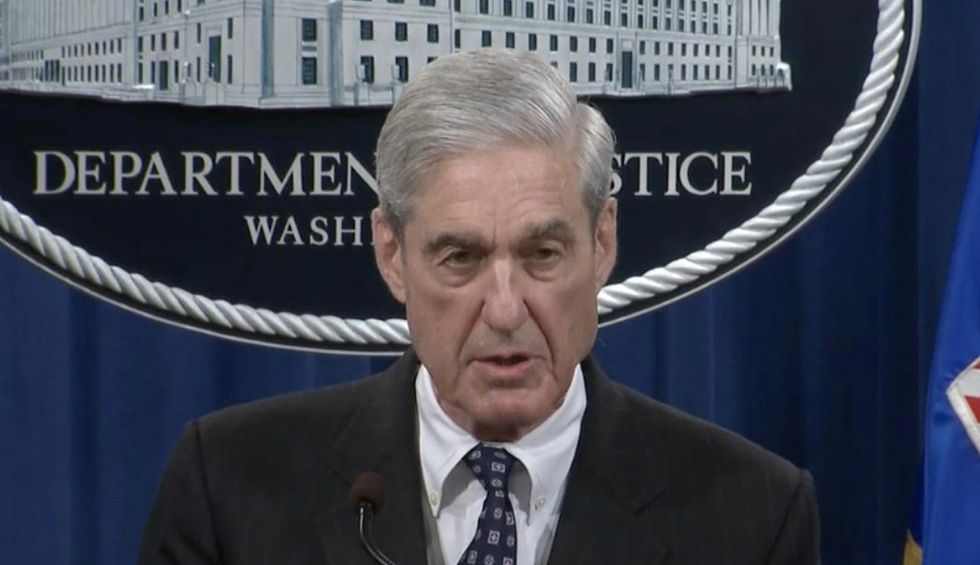 While former Special Counsel Robert Mueller's report on the conclusions of the Russia investigation debuted an avalanche of ground-shaking claims about President Donald Trump and potential criminality, there is much more evidence buried beneath the surface. But few outside the Justice Department — which is controlled by Trump appointee and devotee Bill Barr, the U.S. attorney general — have access to these materials.

Democrats have called for all the evidence to be made available to every member of Congress. Each member could, after all, be called upon to weigh in on a potential impeachment process. But as Politico reported on Monday, only three House lawmakers — Reps. Val Demings (D-FL), Eric Swalwell (D-CA) and John Ratcliffe (R-TX) — have access to the underlying evidence of both volumes of the Mueller report.

That's because, as Politico explained, they are the only lawmakers who sit on both the House Intelligence Committee and the House Judiciary Committee. The Intelligence Committee has access to the records underlying Volume I of the report — the material focused on an investigation Russian interference in the 2016 election and the possibility of a conspiracy (which was not established) with members or associates of the Trump campaign. The Judiciary Committee has jurisdiction over Volume II, which documents Trump's efforts to interfere with the investigation, which could constitute criminal obstruction of justice.

"As lawmakers deal with the fallout of one of the most consequential investigations in a generation, these three lawmakers remain the highest-ranking elected officials with access to both sets of evidence — a result of complex and confrontational negotiations between Democrats and the Trump administration — which could help determine whether lawmakers move forward with an impeachment inquiry against Trump," reporters Kyle Cheney and Andrew Desiderio explained. They also noted that evidence obtained in the grand juries is not available to either committee, though such testimony may have been duplicated in available FBI interviews.

It's not clear what of significance, if anything, exists in the underlying evidence that is not summarized in the report itself. Presumably, anything Mueller considered important made itself into the report, and it's clear he provided more detail than was required by the regulations under which he was serving. But there may be provocative or explosive claims or suggestions in the evidence that Mueller left out entirely because they could not be sufficiently substantiated. It's also conceivable that there are aspects of the investigation that Mueller and his team overlooked that lawmakers might find important or worth pursuing further. Even if there's nothing substantially new to be uncovered, lawmakers may just find it valuable to review the actual evidence before making conclusions about whether impeachment of Trump is warranted based on the report.

The three lawmakers with access to the evidence underlying both reports may have particular insight into the investigation's findings. Indeed, my view of the most important takeaway from the report came from drawing a connection between events in each volume — the fact that Manafort's reasons for passing campaign polling data in 2016 to someone believed to be a Russia spy were never uncovered and the fact that Trump appears to have obstructed justice by encouraging Manafort not to fully cooperate with Mueller. More eyes on the full contents of the report's evidence could bring to light further important connections.