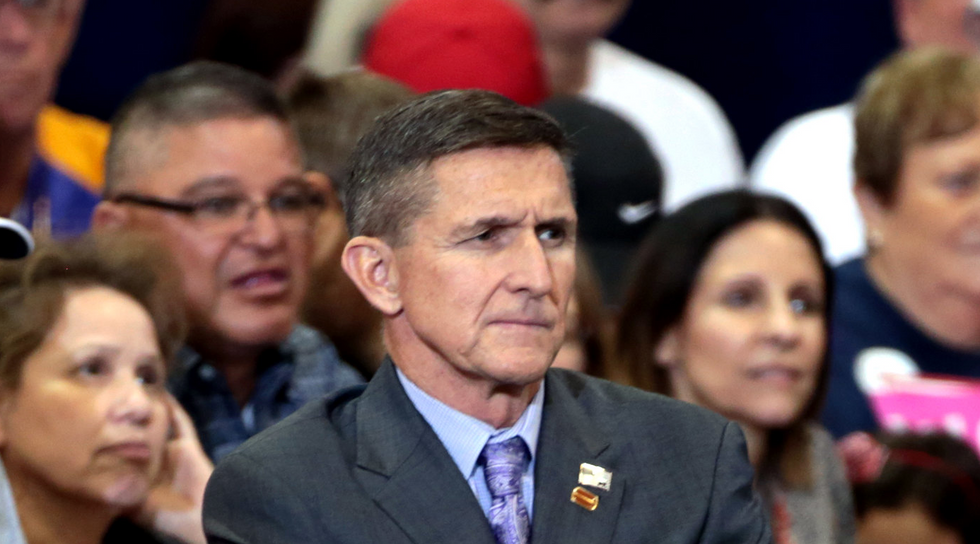 Michael Flynn, former national security adviser and leader of the “lock her up” chorus at the 2016 Republican National Convention, has hired a new attorney for the tail end of his wrangle with the FBI. And she’s … something. Attorney Sidney Powell has been a frequent guest not just on Fox News, but in the more exotic realms of the alt-right, where she has spent her time bashing former special counsel Robert Mueller, peddling conspiracy theories, and selling T-shirts that identify Mueller, former FBI director James Comey, and others as “creeps.”

Powell’s hiring was picked up by Hill.tv, which notes that Powell is author of a book about “illegal, and unethical tactics used by headline-grabbing federal prosecutors.” Powell has also frequently agreed with the claims that the entire special counsel investigation was a “witch hunt” and that Mueller should have never been appointed. She’s also made numerous comments directly related to Flynn’s case, including claims that he never committed the crime to which he pleaded guilty.

All of which is bound to go over just great when Flynn gets another appearance in front of U.S. District Court Judge Emmet Sullivan, especially since Powell has already issued tweets claiming that Sullivan “had crucial facts wrong” and “did not make sense” in his earlier hearing with Flynn.

Michael Flynn pleaded guilty all the way back in 2017. After multiple delays the government finally announced that Flynn was ready to be sentenced in September 2018. In between those events, the special counsel’s office and other Justice Department investigations made frequent citations of information provided by Flynn. He was singled out for praise for both the speed with which he agreed to cooperate and for the completeness of his information. So … witness cooperates. Government recommends extremely light sentence. Everyone moves along.

Only … not so much. The delays in Flynn’s sentencing have come not just because the government was seeking his cooperation with additional cases, but because of instances in which Flynn acted with disdain for the entire justice system. In December, Flynn seemed just a day away from sentencing. Instead he got a harsh scolding from Judge Sullivan that included the judge telling Flynn “Arguably, you sold your country out.”

Sullivan, who has access to a number of documents and transcripts still not made public, was apparently unimpressed by what he saw of conversations between Flynn and Russian officials. And he was even less unimpressed by a memo from Flynn and his attorneys that suggested Flynn felt he had been entrapped by the FBI.

Which is extra mild mildness compared to some of the things that Powell has said. Sullivan is going to love Powell’s tweets about him. And about the FBI. And about the special counsel’s office. Not to mention her “Creeps on a mission” T-Shirt and website that “exposes the creeps behind the Mueller investigation.”

Flynn seems intent on going down a path that is intended to create a major case out of a minor sentence. Maybe there’s a strategy here, but … maybe there’s just another jackass.