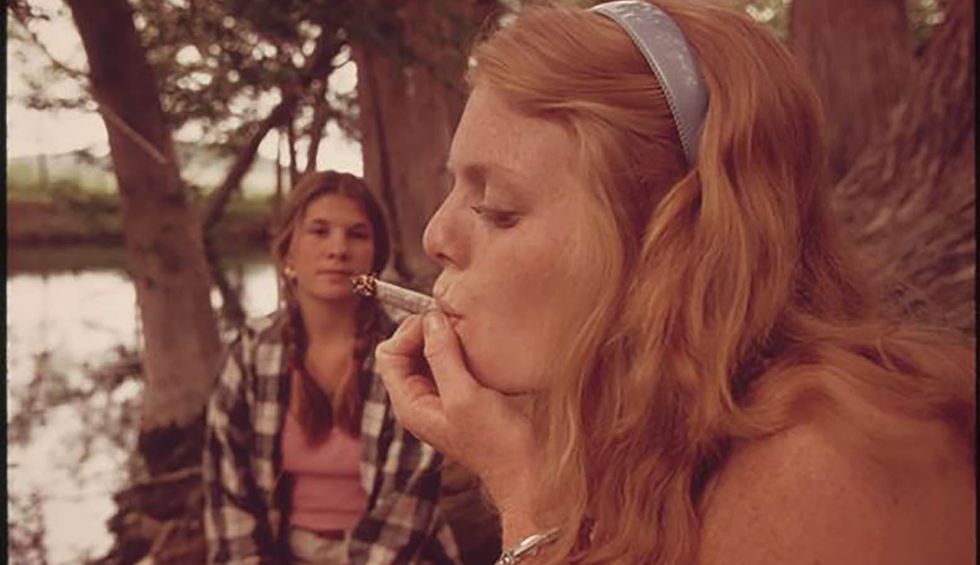 Illinois has just become the 11th state to legalize marijuana. Gov. J.B. Pritzker on Tuesday signed into law a legalization bill passed with bipartisan support in both the House and the Senate late last month.

With that signature, Illinois became the first state to get a marijuana legalization bill all the way through the legislative process this year, and it became the first state to create a system of taxed and regulated marijuana commerce through the legislative process rather than through a voter initiative (Vermont’s legislature legalized pot possession and cultivation but not sales in early 2018).

After the Senate approved the bill, the House concurred on the last day of the legislative session.

“The state of Illinois just made history, legalizing adult-use cannabis with the most equity-centric approach in the nation,” Pritzker said in a statement upon passage of the bill. “This will have a transformational impact on our state, creating opportunity in the communities that need it most and giving so many a second chance.”

The right to grow one’s own plants, however, was sacrificed in a bid to assuage critics and get the bill over the hump. The bill originally allowed for the home cultivation of up to five plants, but the loud opposition of law enforcement, who worried that it would make it more difficult to find illegal growers, along with Republican lawmakers and other interests, got that taken out.

Washington is the only other legal adult-use marijuana state that does not allow home cultivation.

It also took weakening of the expungement provision in the bill to bring some needed Republicans on board. When the bill was rolled out in the first week of May, it included language that would have created automatic expungement of criminal records for marijuana offenses that will no longer be a crime, but Republicans objected. Instead, bill sponsors agreed to language that removed automatic expungement and replaced it with language allowing the governor to pardon past offenses “with permission to expunge,” but that will then require the filing of a petition to get it done, making it likely that many past pot offenders will not get their records expunged.

Excluding home grows and scaling back expungement was enough to get Republicans such as Rep. David Welter (R-Morris) on board, and that handful of GOP votes ensured passage of the bill.

“I’m a father of three from a rural district, and I’m standing before you supporting this bill because I do not believe the current policy that we have out there right now is working,” Welter said during House debate. “Prohibition doesn’t work, and we see that. Putting safeguards in place, taxing, regulating it, I believe provides a better market and a safer market.”

The new law creates a system of licensed commercial cultivation operations and retail shops, while also setting up a social equity program to help minority businesses enter the emerging industry. That program will deploy grants and loans to such businesses, as well as establishing a grant fund to aid the communities most disproportionately affected by the war on drugs.

Legal marijuana is expected to generate some $87 million in tax revenues for the coming budget year, with $30 million going into a marijuana business development fund and $57 million headed for general revenues. That money will first pay for regulatory expenses and costs related to expungement. After that, the pot dollars will be divided among the general fund (35 percent), community grants (25 percent), mental health and substance abuse programs (20 percent), paying down the state’s budget deficit (10 percent), supporting law enforcement (8 percent), and public education (2 percent).

Cook County State’s Attorney Kim Foxx cheered the passage of the bill even though the expungement provisions were weakened, and vowed to fight to undo damage done by overzealous prosecutors in search of drug convictions.

“I applaud the Illinois General Assembly for passing legislation that legalizes recreational cannabis and provides conviction relief to hundreds of thousands of Illinoisans with low-level charges of cannabis possession,” she said in a statement. “As prosecutors who implemented these convictions, we must own our role in the harm they have caused and we should play a role in reversing them. The failed war on drugs has disproportionately impacted communities of color, and my office will continue to explore ways to provide the broadest relief possible, beyond that provided by this legislation.”

This year has been something of a disappointment for marijuana reformers, with much-touted legalization efforts in states such as Connecticut, New Jersey, and New York stalling out. Illinois was considered something of a dark horse, but now it has beaten everyone else across the finish line.

And the Drug Policy Alliance, which worked hard and ultimately unsuccessfully to try to get that New York bill passed, has taken notice.

“Illinois state representatives had the courage to pass comprehensive marijuana justice—and made it their priority before the close of their legislative session,” said DPA New York deputy director Melissa Moore. Too bad Empire State politicians couldn’t get it together like their Midwest colleagues.

Whether any other state can still get it done this year or not, the fabric of marijuana prohibition grows increasingly frayed. Thoroughly shredded on the West Coast and tattered in the Northeast, it now has a big hole in the heart of the Midwest with Illinois joining Michigan as a legal weed state.

And there’s always next year, where voters in remaining initiative states will have an opportunity to get it done themselves—without having to deal with cumbersome legislative processes where a single committee chairman can kill a bill or with recalcitrant lawmakers still stuck in the last century.

The Drug Policy Alliance is a funder of Drug Reporter.