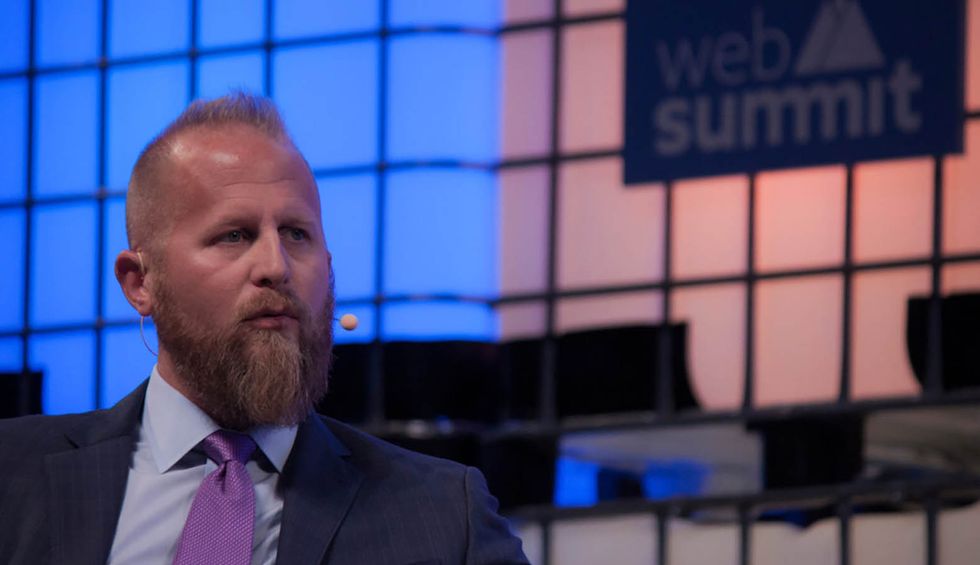 The ground shifted under Democrats during the 2016 election, but many refuse to acknowledge just how, or in what direction. Some are still content to lose close elections gracefully, even when the stakes for American democracy are the highest they have ever been. Others are so bent on proving that their electoral strategy is sound that they refuse to acknowledge Mark Zuckerberg has broken the traditional models of voter persuasion.

Nevertheless, a small group of Democratic operatives is no longer afraid to get their hands dirty. I am one of them.

I never intended to become a political operative. I wasn’t even thinking about the possibility when I set out to affect the 2017 special election for the US Senate in Alabama. I wanted to push back against the social media shenanigans that had helped elect Donald Trump and gather some data on their relative effectiveness because we were debating the impact of these tactics in a total vacuum of hard evidence either way. So when a documentarian recently asked me what it felt like to be a “political operative,” I was momentarily stunned by the realization that I had accidentally carved out a new career in white hat ratf*kery.

My odd journey began with the realization that Alabama’s infamous moral scold Roy Moore has always had a hard time motivating the business wing of the Republican Party to get to the polls, relying instead on his network of Baptist pastors to get out the vote from the pulpit. With the preachers getting out the vote, Moore didn’t put together a real campaign and it showed all over the state as Doug Jones yard signs badly outnumbered Moore signs. Jones was generating greater excitement than I had seen around any statewide Democratic candidate since George Wallace was elected governor in 1982. Republicans enjoy a huge advantage in partisan identification across Alabama, which makes it very difficult for Democrats, but this time there was a glimmer of hope: if enough potential Moore voters could be persuaded to stay home, vote for a write-in candidate, or even vote for Jones, the Democrat might just be able to pull off a stunning upset.

Connecting with progressives in Washington, DC, I helped design a $100,000 campaign around a Facebook page called “Dry Alabama” which highlighted the Baptist teetotalism of Moore and his network of Evangelical pastors. As I explained in the memo that spawned this effort, Alabama is perhaps the last great bastion of prohibitionist politics, with the same Baptist pastors Moore counts on to turn out his base being the loudest voices in opposition to the liberalization of liquor laws. Yet this is a culture war that they have been steadily losing for a generation because local hospitality industries want to be competitive with other states.

Looking at the data, I realized that alcohol now works as a wedge issue against the likes of Roy Moore. It was a perfect opportunity to divide the Republican electorate. We could use Facebook to show white, suburban residents—the ones who enjoy a couple of drinks now and then--just how extreme Roy Moore is, peeling off some number who might otherwise vote for him because he has an R next to his name.

A glance at the math is helpful here. If I show content to three million Alabamians, and deter just one out of 100 of them from voting for Moore, that is a swing of 30,000 votes in a race that Jones won by less than 22,000. Even if I only affect one in 1000 votes, that equals Jones’s winning margin in 11 of the counties he won. So a scattershot approach that hits an opponent from many angles can cumulatively swing a close election. That is exactly what Brad Parscale, Donald Trump’s digital media director, and Russian’s Internet Research Agency set out to do in 2016.

Unlike the IRA, however, we didn’t have to make up any fake news. Steve Bannon, who was the closest thing to a campaign manager on Moore’s team, helpfully played up his candidate’s teetotalism in Breitbart articles; all that our Dry Alabama project had to do was link to these. Sauce for the goose is sauce for the gander, so we cooked Roy Moore in his own alcohol-free jus.

I can't claim that our campaign elected Doug Jones. Our project was just one of many factors that defeated Roy Moore. He was hit by credible allegations of creeping on teenage girls in the 1970s and 80s, the Republican Party withdrew badly needed support from his campaign for several critical days, an outside Democratic group called Highway 31 PAC dropped $4.5 million on TV ads, and ours was just one of a handful of innovative social media campaigns in the race.

I mention all this because the question I keep getting asked these days is: “Will Democrats be using these tactics in 2020?” And my answer is that I certainly hope so, but I don’t expect it. Right now, the Trump campaign is already outspending Democratic candidates 9-1 on digital ads, much of it narrowly targeted like the Dry Alabama campaign. Brad Parscale says that he ran 50,000 different ads like that per day in 2016; his output is likely to be hundreds of thousands of ads across the internet in 2020, with a significant part of that being Facebook “dark posts” aimed at diminishing Democratic turnout.

Nevertheless, while most Democratic firms are sticking to more traditional models, some are already embracing the new paradigm of politics as “information war,” and yes, they are signing contracts.

We expect the Republicans to use dirty tricks--no one was surprised that former Nixon operative Roger Stone turned up in Donald Trump’s orbit, for example. Mitch McConnell welcomes Russian interference because his party faces strong cultural and demographic headwinds. Republicans are glad that the Kremlin helped Trump and just wish that Democrats would stop complaining about it. Democrats, on the other hand, value democracy rather than power alone; ratf*king goes against our grain.

This attitude should have died after November 2016, and I believe it will fade away now – not because Democrats want to get dirty, but because Mark Zuckerberg has perfectly incentivized social media ratf*kery and destroyed the traditional political consultant business models. It is much, much cheaper to persuade voters on Facebook or via Google Ads than it is through TV, radio, signage, or mailers. The cost efficiency ratios are stark: literally pennies per vote this way, versus dollars per vote the old way. Democrats simply cannot afford to disdain these approaches if they ever want to hold real political power ever again.

Of course, some Democrats are having a very hard time with all this. After I told the story of Dry Alabama to Scott Shane at The New York Times, a handful of progressive souls either denounced me or tried to spin the story as evidence that their pet political theory is somehow superior fighting fire with fire. There was some handwringing from the centrist political class, which is too comfortable with the double standard that Republicans go low, Democrats go high, and Republicans win.

Over the next year and a half we can expect an avalanche of social media ratf*king from the Trump campaign, the GOP and, according to the FBI, the Kremlin. What will be different is that this time, at least a few Democrats will be pushing back using similar tactics.

Democrats have to take the gloves off. This situation must get worse before it gets better. Republicans have carefully constructed the current system of dark money and outside political spending to insulate themselves from democratic accountability. When they seize political power, Republicans use it to preserve that system. The only thing that can ever dislodge them from that power--and perhaps convince them to join Democrats in passing progressive campaign finance reform, much less social media regulation--is the experience of having their own knees kicked out from under them good and hard, and not just once, but over and over again until they are tired of losing.