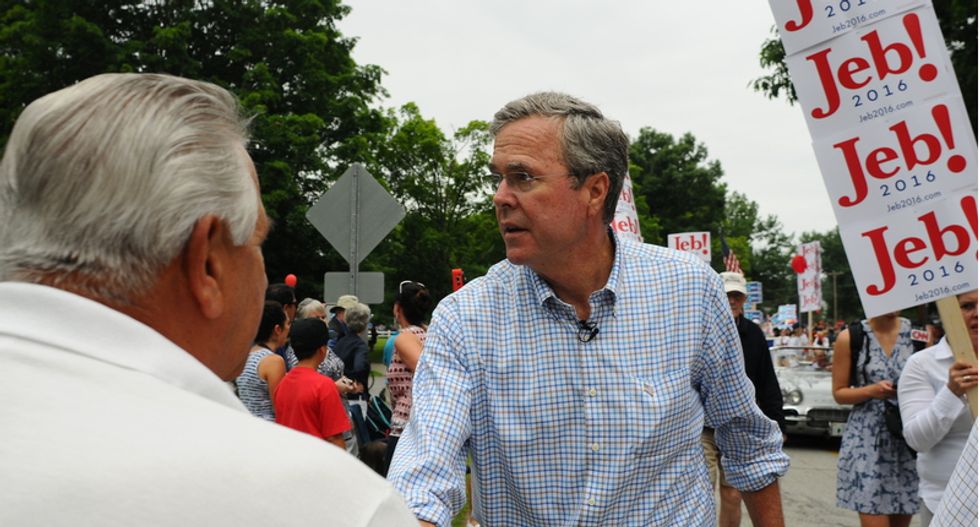 Primary candidates fight hard to be seen as the person best positioned to beat an incumbent, but electability is only clear in hindsight.  It isn’t quantifiable. Voters may work backwards, concluding that the candidate they personally prefer is also the most likely to win.

It’s a perception often grounded in lazy conventional wisdom. CBS reports that in key 2020 battleground states, “the belief that [Joe Biden]] could fare best against President Trump is currently propelling [him] in the early Democratic nomination race.” That belief is common despite the fact that the former Vice President is well known for being overly handsy and putting his foot in his mouth, has previously run two notably bad presidential campaigns and has been dogged by accusations of plagiarism dating back to law school.

That’s true generally, but in this cycle trying to determine who has the best chance of beating Trump ignores the contours of next year's election. This race is going to come down to the will of a majority of voters who are fed up with the corruption, lies and and dog whistle politics versus a flood of ratf*cking and voter suppression. It's that simple.

Because mainstream outlets love running stories about supporters in Trump country still loving Trump, it’s easy to forget that he is truly a historically unpopular candidate who would be very likely to lose on a level playing field despite the advantages of incumbency. It’s not just that his net approval rate (approval rate-disapproval rate) has been far under water for almost his entire presidency, it’s also that he went into negative territory on the 15th day of his first term, which is totally unprecedented in the modern polling era. And the number of people who say they ‘strongly disapprove’ of his performance on the job are consistently double the number who strongly support him. More significantly, he’s under water in eight of the 10 states that are expected to be competitive next year (by double digits in four of them), including Pennsylvania, Ohio, Wisconsin and Michigan.

In 2016, people had different ideas about what a Trump presidency might look like. Now they know, and this election is clearly going to be about Trump and Trumpism, regardless of whom the Dems end up nominating. Polls consistently find around six in 10 respondents saying they don’t want to see Trump reelected.

As last year’s midterms made clear, when both major parties' coalitions turn out to vote in numbers, Democrats win, and by large margins. Their coalition is just bigger. And all the signs point to that surge of enthusiasm, on both sides, continuing during the 2020 presidential race. Experts who study voter turnout patterns expect the largest share of eligible voters since the early 20th century to cast a ballot next year, regardless of who becomes Trump’s eventual opponent. They also predict that the electorate will be younger and more diverse than it was in 2016.

To the degree it's possible, they're going to double-down next year. Trump will continue to tell outrageous lies about his adversaries and the conservative media will repeat them, ad nauseum, prompting the mainstream press to report on the "controversies." He may order Attorney General William Barr to initiate some contrived criminal investigation into the Democratic nominee, and if recent history is a guide, Barr would be unlikely to refuse such an order.

Perhaps "electability" will come down to which Democratic candidate would be easiest to vilify. Would portraying Joe Biden as a creepy old uncle be more effective than using Kamala Harris's record as a prosecutor as a wedge to divide Democrats? Would Bernie Sanders' identification as a socialist and more radical writings back in the 1970s be more damaging than the issues surrounding Warren's Native American ancestry (or lack thereof)?

If you think that it’s an easy call, keep in mind that when most of George W Bush’s senior leadership team were caught using a private server to discuss official business it was only a brief and relatively minor scandal,  and when the media reported that seven senior officials in the Trump regime had used “unofficial communication tools” to conduct similar business, including not only personal emails but encrypted chat apps, it was barely even a story.

There are all sorts of reasons for Democrats and Dem leaners to choose one candidate over another, but betting on which one is the most electable is a dubious proposition in an election cycle that, like it or not, is going to be all about Donald J. Trump.