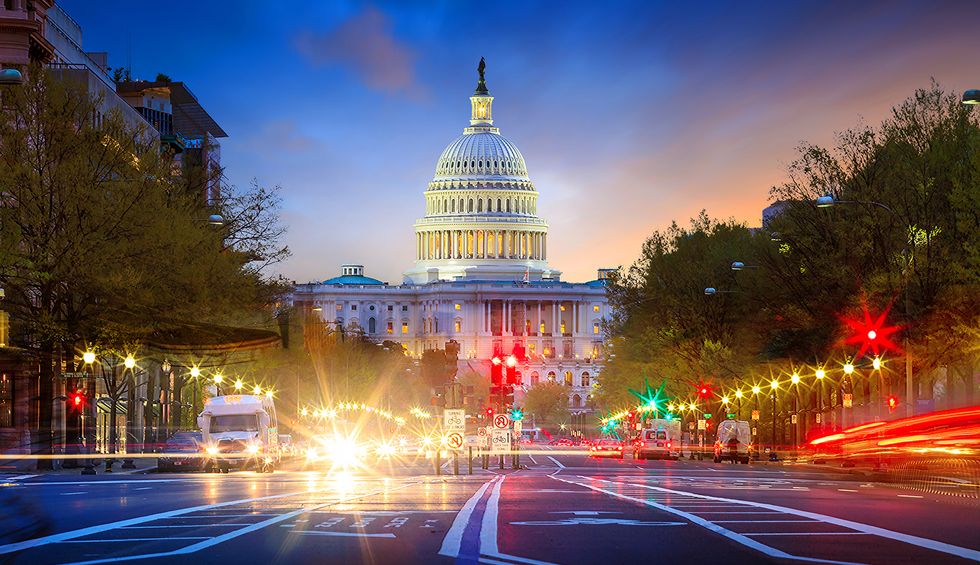 For years, the official motto of the District of Columbia has been “Taxation without representation.”

The residents of Washington, D.C. do not have representation in the U.S. House or in the Senate. People who live in the district, on average, pay higher federal and local taxes, but they have no say about how their tax dollars are spent, and no vote on issues such as health care, Social Security and foreign policy.

As a sociologist researching demographic and political behavior, I do not think that this is fair.

On May 29, the House Majority Leader Rep. Steny Hoyer announced in an op-ed in The Washington Post that he will co-sponsor a bill with Delegate Eleanor Holmes Norton, the nonvoting member of the U.S. House from the district, to make the nation’s capital the 51st state of the U.S.

If the district becomes the 51st state, its residents would finally have representation.

How the district sizes up

“Defending the new Constitution, James Madison assured his fellow Americans that residents of this new capital district would happily live there ‘as they will have had their voice in the election of the government which is to exercise authority over them,’” wrote Hoyer in his op-ed. “But for 228 years, our government has denied them that voice.”

Statehood for the district has been opposed by Republicans in the past, mainly because the district is heavily Democratic.

About 76% of the registered voters in the district are Democrats, while just 6% are Republicans. Most of the others have no party affiliation, though a few are Libertarians or Green Party members.

This occurs even though, with over 700,000 residents, the district is larger in population than two states: Vermont and Wyoming. Two other states have just a few more residents than the district, Alaska with 737,000 people and North Dakota with 760,000.

What will happen politically if the district becomes the 51st state? How will the distribution of representatives and senators among the states change?

The answers show why Republicans consistently vote against statehood for the district.

Every state has two senators. Currently, the Senate has 45 Democrats, plus two independent senators who caucus with the Democrats. There are 53 Republicans in the Senate.

If Washington, D.C. is granted statehood, its two senators will almost certainly be Democrats, giving the Democrats 49 out of the now 102 seats in the Senate. This will slightly reduce the Republican majority. The Democrats would now only need two more senators to have the same number as the Republicans.

In 2020, the Republicans will be defending 22 Senate seats and the Democrats 12 seats. The most vulnerable Republican seats, according to FiveThirtyEight, are Maine, Colorado and Arizona.

With the two new Democrats from Washington D.C., the Democrats would only need to win two of these Republican seats, and hold 11 of their 12 seats, to have a majority in the Senate.

Meanwhile, there are 435 seats in the U.S. House. Every state receives one seat automatically. The balance, 385 seats, are distributed according to the size of the populations of the states.

If a new state is added to the U.S., there will not be an increase in the number of House seats. The Reapportionment Act of 1929 capped the number at 435.

One exception to this “rule” occurred with the admission of Alaska and Hawaii in the late 1950s. For one session of Congress, there were 438 seats: one for Alaska and two for Hawaii. However, with the results from the next census in 1960, the House reverted back to its basic number of 435 seats.

The 2020 census is less than one year away. If the district is granted statehood, it will be awarded one seat in the 2020 allocation.

That means another state will lose a seat. Who will lose if the district becomes the 51st state?

With my former student, Amanda Baumle, now a professor of sociology at the University of Houston, I projected the populations for the 50 states for 2020 and used these data to apportion the U.S. House.

In the 2010 apportionment of the House, Arizona – a traditionally red state that voted for Trump in 2016 – received nine seats. Professor Baumle and I project that Arizona will receive 10 seats in the 2020 apportionment.

However, if the district becomes a state before January 2021 and automatically receives a seat, then there will only be 384 seats to apportion. That would mean that Arizona will end up with nine seats.

Statehood discussions for the district have a long history, going back to the 1950s. A bill even made it onto the House floor in 1993, but it was defeated in the House of Representatives by a vote of 277 to 153.

For the district to become the 51st state today, the Hoyer-Norton bill would need to first pass in the House. Given the Democratic majority in the House, I expect it will pass.

Then it needs to go to the Senate. I do not expect it to get a vote in the Republican-controlled Senate. Right now, a Washington, D.C. statehood bill has the support of just over 30 senators, according to The Washington Times. I can’t imagine many Republicans voting for statehood for the district.

But if the Democrats win the 2020 presidential election, along with the Senate, while maintaining control of the House, then statehood for the district could become a real possibility.