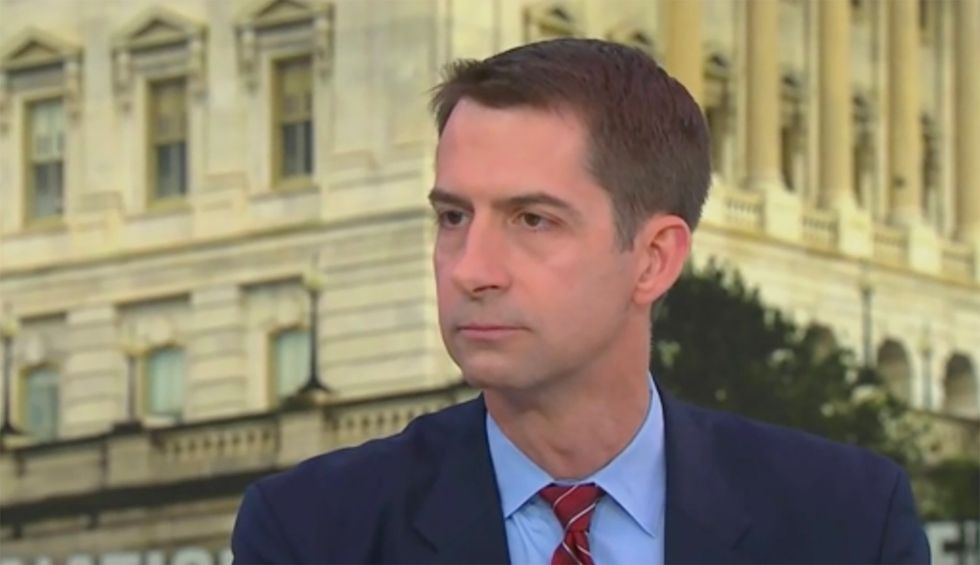 Sen. Tom Cotton (R-AR) on Sunday called for a “retaliatory strike on Iran” after Trump administration officials alleged that the country is behind attacks on oil tankers.

“Well, Iran for 40 years has engaged in this kind of attacks, going back to 1980s,” Cotton told CBS host Margaret Brennan.

“These unprovoked attacks a warrant retaliatory strikes,” he added. “We can make a military response in the time and matter of our choosing.”

“A retaliatory strike?” Brennan pressed. “As someone who sits in Congress, do you believe that he can act, the administration can act without coming to Congress first?”

“Yes, Margaret,” Cotton replied, “going back to President Washington and all the way to President Trump, the fastest way to get the fire and fury of the military unleashed on you is interfering with the open navigation in the sea and air and this is what Iran is doing in one of the most important choke points.”

“The president has the right to act to defend American interests certainly it would be keeping in what President Obama did unwisely in Libya,” he argued.