Edward Snowden: With technology, institutions have made 'most effective means of social control in the history of our species' 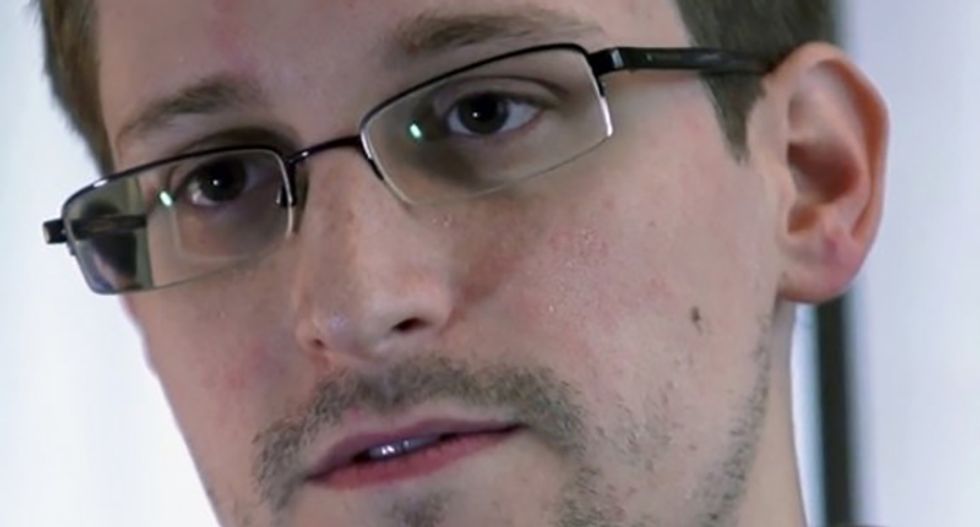 NSA whistleblower Edward Snowden said Thursday that people in systems of power have exploited the human desire to connect in order to create systems of mass surveillance.

Snowden appeared at Dalhousie University in Halifax, Nova Scotia via livestream from Moscow to give a keynote address for the Canadian university's Open Dialogue Series.

Right now, he said, humanity is in a sort of "atomic moment" in the field of computer science.

"We're in the midst of the greatest redistribution of power since the Industrial Revolution, and this is happening because technology has provided a new capability," Snowden said.

"It's related to influence that reaches everyone in every place," he said. "It has no regard for borders. Its reach is unlimited, if you will, but its safeguards are not."

Without such defenses, technology is able to affect human behavior.

Institutions can "monitor and record private activities of people on a scale that's broad enough that we can say it's close to all-powerful," said Snowden. They do this through "new platforms and algorithms," through which "they're able to shift our behavior. In some cases they're able to predict our decisions—and also nudge them—to different outcomes. And they do this by exploiting the human need for belonging."

"We don't sign up for this," he added, dismissing the notion that people know exactly what they are getting into with social media platforms like Facebook.

"How many of you who have a Facebook account actually read the terms of service?" Snowden asked. "Everything has hundreds and hundreds of pages of legal jargon that we're not qualified to read and assess—and yet they're considered to be binding upon us."

"It is through this sort of unholy connection of technology and sort of an unusual interpretation of contract law," he continued, "that these institutions have been able to transform this greatest virtue of humanity—which is this desire to interact and to connect and to cooperate and to share—to transform all of that into a weakness."

"And now," he added, "these institutions, which are both commercial and governmental, have built upon that and... have structuralized that and entrenched it to where it has become now the most effective means of social control in the history of our species."

"Maybe you've heard about it," Snowden said. "This is mass surveillance."

Listen to Snowden's full remarks below. (He begins speaking around the 25-minute mark.)

Proceeds from the event went to the Montreal-based organization For the Refugees, which is working to obtain refugee status in Canada for the three families who sheltered Snowden in Hong Kong when he fled the U.S. to avoid being charged with violations under the Espionage Act.

Two of Snowden's "guardian angels" arrived in Canada in March. The other five are still stuck in Hong Kong, the organization says, where they face the threat of deportation to their home countries of Sri Lanka and the Philippines, where they could face continued threats of persecution, torture, and possible death.

Snowden, in his remarks Thursday, said, "I owe them a debt that I'll never be able to repay."