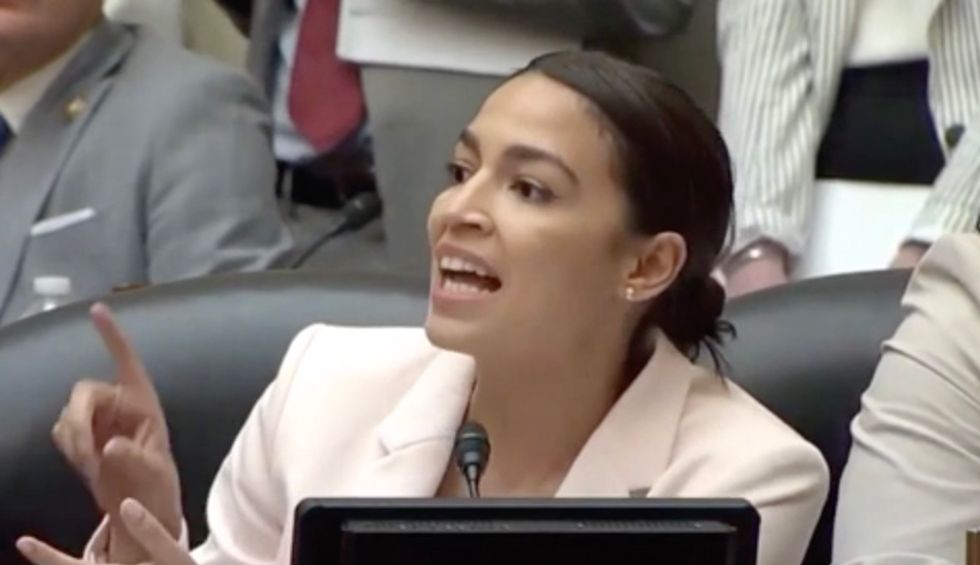 Rep. Alexandria Ocasio-Cortez did not mince words when she attacked former Kansas Secretary of State Kris Kobach for his “disturbing” history of “racism” and “voter suppression” at a House Oversight Committee hearing on Wednesday.

At the hearing, House Oversight Committee Chairman Elijah E. Cummings and other Democrats weighed whether or not to hold Attorney General William Barr and Secretary of Commerce Wilbur L. Ross in contempt of Congress for failing to comply with document requests pertaining to the Trump Administration’s desire to add a citizenship question to the U.S. Census.

Ocasio-Cortez told the Oversight Committee that Kobach’s input was problematic given his history of “voter suppression” when he was serving as Kansas’ secretary of state. The New York City congresswoman asserted,

“I want to know why people like Kris Kobach with a documented history, a resumé of voter suppression techniques in the State of Kansas —

I want to know why folks like that have their fingerprints all over the most sensitive Census operations that we have.”

Altering the Census in any way, Ocasio-Cortez stressed to the Oversight Committee, is a serious matter.

Ocasio-Cortez went on to say that because Congress is a “co-equal branch of government,” House members have a right to know why “everyone from Steve Bannon to Kris Kobach” had their fingerprints “all over the United States Census” and why a citizenship question “magically appeared.” But Barr, the congresswoman stressed, has been totally uncooperative in the Oversight Committee’s document requests.