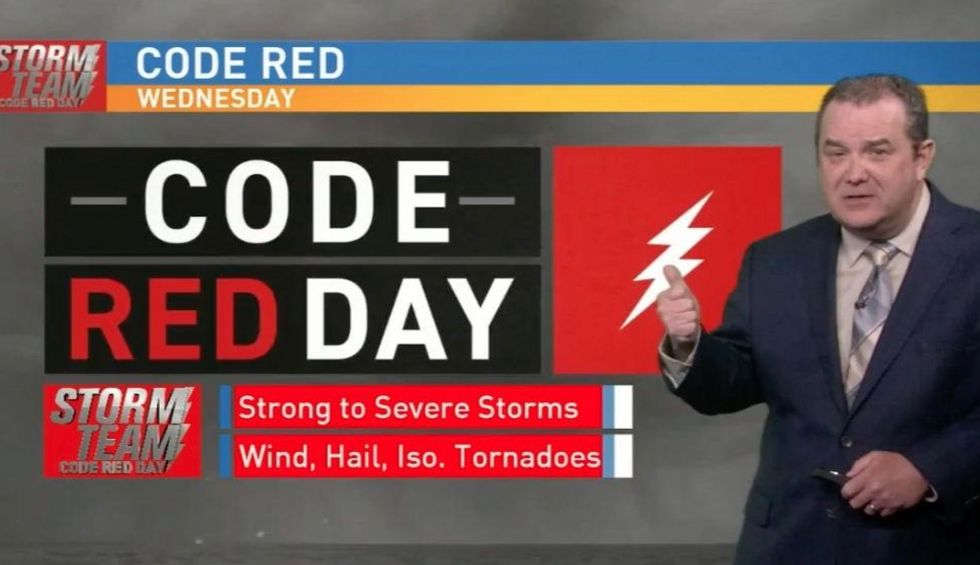 According to the Springfield (IL) Journal-Register, at least four advertisers have pulled their funding from Sinclair Broadcast Group-owned ABC affiliate WICS-TV, which is licensed to Springfield, Illinois and serves much of central Illinois and, through its full-power rebroadcaster WICD-TV, east-central Illinois. This is in response to Sinclair pulling meteorologist Joe Crain off of WICS/WICD for pointing out how alarmist and confusing Sinclair’s “Code Red” weather alerts, which Sinclair mandates its stations use despite not being official National Weather Service (NWS) alerts of any kind, are to viewers:

At least four local businesses have pulled their advertising from WICS-TV in support of meteorologist Joe Crain, who has been absent from the Springfield station’s broadcasts following his on-air criticism of the “Code Red” weather alert system.

“Corporate executives make irresponsible decisions without taking into account what the local viewers are feeling. That arrogance needs to stop. Joe Crain treated our sponsorship like it was very important. He was out in the community representing WICS-TV with class and dignity. His final act was to engage his viewers and recognize their concerns and he gets cut. That is ridiculous,” Sutton’s marketing director Max Bumgardner told the SJ-R. “Hopefully, the corporate office will see a new type of Code Red when they realize their revenues are affected by colossally bad decisions.”

Also, I will mention that, in addition to WICS, Sinclair operates two other television stations in the Springfield-Champaign, Illinois local television market: WRSP-TV, the Fox affiliate licensed to Springfield, Illinois, and WBUI-TV, the CW affiliate licensed to Decatur, Illinois. However, unlike WICS, which Sinclair operates and owns, Sinclair operates, but does not own, WRSP and WBUI; WRSP and WBUI are actually owned by a company called GoCom Media of Illinois, which appears to be effectively a shell corporation to allow Sinclair to exploit loopholes in what few concentration of ownership limits the FCC puts on over-the-air television stations. However, GoCom Media technically controls the retransmission consent contracts to allow cable and satellite providers to carry WRSP (or, on cable systems in the eastern part of the Springfield-Champaign market, WCCU-TV, which is WRSP’s full-power repeater) and WBUI, and both WRSP and WBUI are not currently available via DirecTV in the Springfield-Champaign, Illinois market due to a retransmission consent dispute, meaning, as I live in the far-eastern part of the market, I currently do not have access to a Fox or CW affiliate as Fox is airing a large percentage of the games of the FIFA Women’s World Cup soccer tournament (notably, this inconvenience did not happen while the men’s World Cup was being played last year).

To summarize this story, Sinclair is losing advertisers in at least one market, not due to Sinclair forcing its stations to air right-wing, pro-Trump political propaganda, but due to Sinclair’s alarmist weather hype machine, and Sinclair’s use of shell companies to exploit loopholes in FCC concentration of ownership regulations is finally coming back to haunt them.