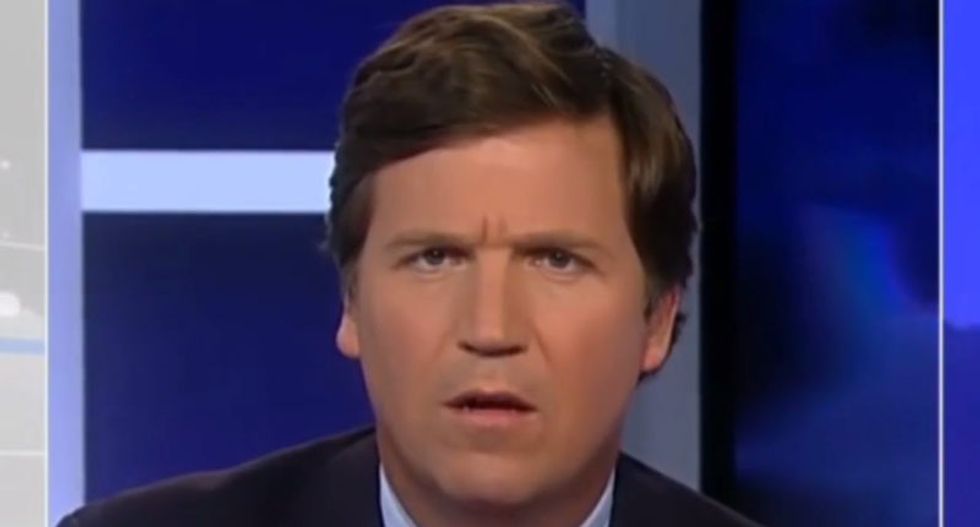 Yeah, just so you know, he wasn’t talking about Trump.

On Monday’s edition of Tucker Carlson Tonight, Carlson warned about the supposed dangers of Democrats’ threats to hold Attorney General William Barr in contempt of Congress for refusing to cooperate with the House Judiciary Committee.

“These people are fascist,” Carlson proclaimed in response to footage of Reps. Jackie Speier (D-CA) and Steve Cohen (D-TN) calling for Barr to be imprisoned, a possible — but unlikely — discipline for contempt of Congress.

“Lock him up! Send him to jail!” the Fox News host said in an effort to mock these Democratic lawmakers, with no apparent sense of irony.

Come on, ThinkProgress! Stop being so obtuse. He said “lock him up,” not “lock her up.” Totally different.

With the support of Carlson’s network, President Donald Trump has made threats to prosecute political opponents a staple of his administration and campaign. Trump continues to encourage “Lock her up!” chants about former Secretary of State Hillary Clinton at rallies, more than two years after the 2016 election. The president has urged his Justice Department to investigate Clinton and other Democrats in numerous tweets. Trump also suggested recently that Barr should look into launching probes connected to Clinton, former President Barack Obama, and former Vice President Joe Biden.

Ah, yes, but if the president does it, it’s not fascism. Isn’t that a DOJ policy or something?

Because, you know, fair and balanced.

I guess fascism is in the eye of the beholder, and after all, the entire GOP has been beer-goggling Donald Trump for nearly four years now. But seriously, a lot of people work at Fox News. Someone has to point out the irony to Little Lord Fauntleroy, right? Then again, they can’t be embarrassed. That’s been clear for some time now.