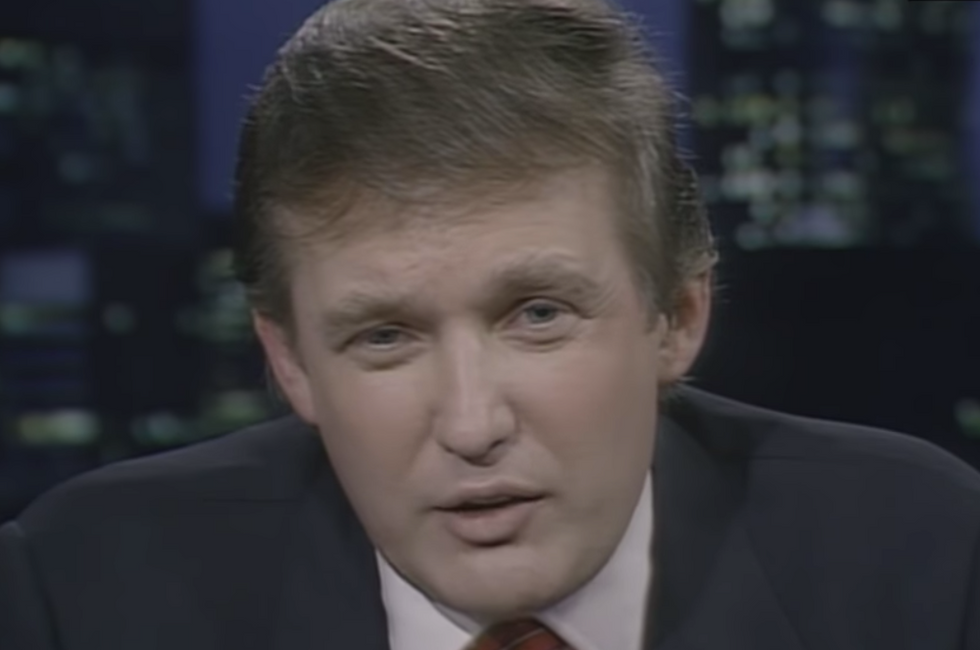 With the revelation from the New York Times that Donald Trump reported losses of more than $1 billion on his taxes between the years 1985 and 1994 — resulting in his paying no income tax for 8 out of 10 of those years — there's renewed interest in exactly what he was doing during that time period.

And in a new piece from Trump's ghostwriter for the book "Surviving at the Top," we learned a curious answer: not much.

Charles Leerhsen worked with Trump to write the book between 1988 and 1990, following up on the success of "The Art of the Deal," which was ghostwritten by Tony Schwartz. Leerhsen paints a dim picture of Trump in the piece, noting sarcastically that if he had referred to "King Midas" in Trump's presence, he would have thought of the muffler business rather than the mythical king.

During this period, when Trump was "hemorrhaging cash" and avoiding paying taxes, Leerhsen says "he seemed to be bored out of his mind."

Indeed, flipping through fabric swatches seemed at times to be his main occupation. Some days he would do it for hours, then take me in what he always called his “French military helicopter” to Atlantic City — where he looked at more fabric swatches or sometimes small samples of wood paneling. It was true that the carpets and drapes at his properties needed to be refreshed frequently, and the seats on the renamed Trump Shuttle required occasional reupholstering. But the main thing about fabric swatches was that they were within his comfort zone — whereas, for example, the management of hotels and airlines clearly wasn’t. One of his aides once told me that every room at the Plaza could be filled at the “rack rate” (list price) every night, and the revenue still wouldn’t cover the monthly payment of the loan he’d taken out to buy the place. In other words, he’d made a ridiculous deal. Neither he nor the banks had done the math beforehand. Or perhaps Trump knew it because someone had told him, but didn’t want to think about it.

The piece also recounts Leerhsen's interactions with Trump, which include the tangents and blatant lies the president is known for now.

"Each day was a string of such nonsensical moments," Leerhsen wrote. "Once, trying to steer the conversation toward something we could actually use in our book, I asked him about his father."

He stared into the middle distance and began to speak. “My father...”

A long pause followed. Then he said, “Charles, put something there. I’ll look at it later.”