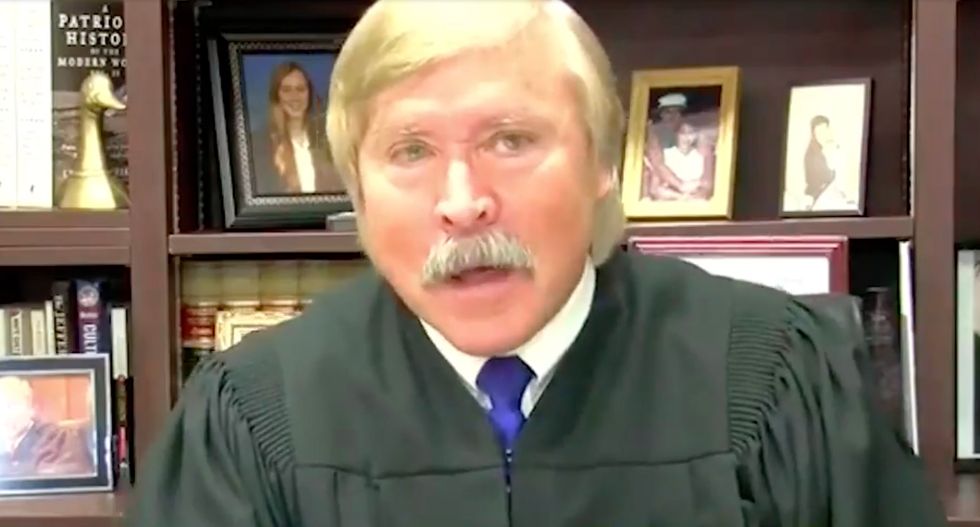 In Tennessee, Criminal Court Judge Jim Lammey is coming under fire for sharing anti-Semitic and Anti-Muslim articles on his personal Facebook page. One of the articles that Lammey linked to on April 5, according to Memphis Commercial Appeal said that Jews should “get the fuck over the Holocaust” and described Muslims as “foreign mud.”

A coalition of groups is asking state authorities in Tennessee to censure Lammey, including the Memphis Islamic Center, the National Civil Rights Museum, the American Muslim Advisory Council, Facing History and Ourselves, the Southeast Region Anti-Defamation League and the Memphis branch of the NAACP. Lammey has said that he didn’t agree with everything in the article that contained the “foreign mud” reference.

In a letter calling for disciplinary actions against Lammey, the coalition wrote, “Judge Lammey’s April 5 post was only one example of his habit of sharing articles, conspiracy theories and ‘jokes’ online that carry a dark message of hatred. The content he spreads often targets Muslim and Latin American immigrants, which is troubling because of Judge Lammey’s elected position overseeing criminal trials as a representative of the State of Tennessee.”

The coalition, according to Memphis Commercial Appeal, presented the letter to the Shelby County Commission’s Law Enforcement, Corrections and Courts Committee, which is chaired by Democrat Tami Sawyer (who is running for mayor of Memphis).

Lammey has made his Facebook page private following the controversy.