SNL mocks the hell out of GOP's Lindsey Graham, Mitch McConnell and Susan Collins over their blatant hypocrisy 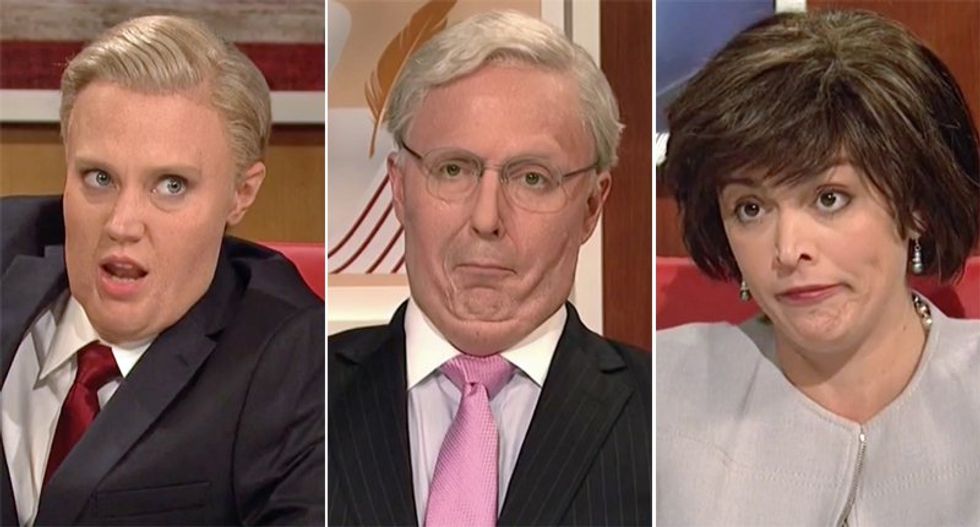 Image via Screengrab.
Bob Brigham
and
Raw Story
May 12, 2019

“What if Donald Trump divorced his wife, Melania?” Todd asked.

“Love can be a tricky thing,” Collins replied.

“What if he leaves her for Rep. Alexandria Ocasio-Cortez?” he asked.

“And he also pledges to love, honor and enact her Green New Deal,” Todd continued.

“Now, that just crosses the line,” McConnell replied. “There are some things you can’t forget.”

“So he would lose your support?” Todd asked.

“He would not,” McConnell answered.

“Okay, let’s say Trump open hand slaps you in the face,” Todd said. “What would you say then?”