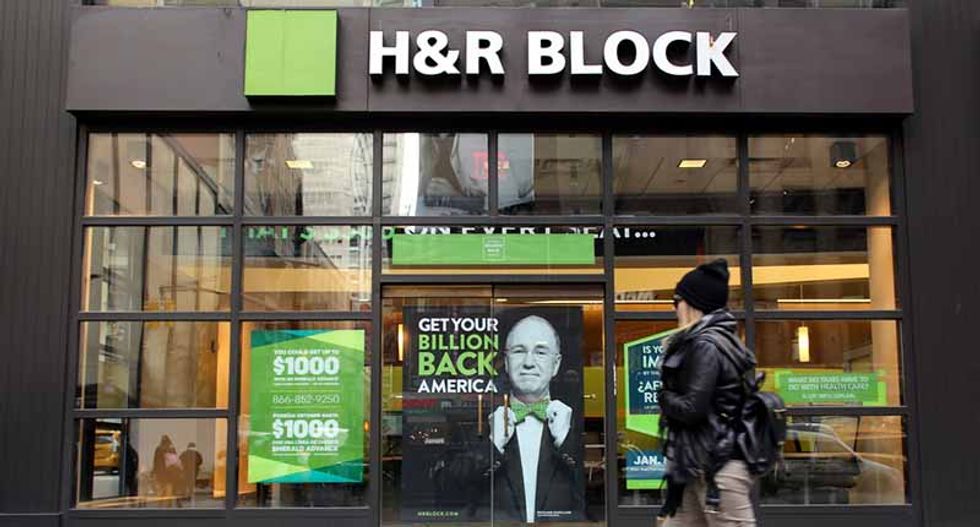 Amid calls for investigations from members of Congress, the IRS announced late Friday that it has convened a team of senior leaders to review concerns raised about its Free File public-private partnership with the tax software industry, following a series of ProPublica stories.

“The IRS is reviewing the concerns raised about the Free File program. We take these issues seriously, and a senior leadership team was assembled to review the current Free File program,” according to a statement. It added: “The IRS team will take fast action to ensure the integrity of the program.”

Under the Free File program, companies including Intuit, the maker of TurboTax, and H&R Block have promised to offer free preparation and filing options to millions of Americans. In exchange, the IRS has promised not to create its own free online system, which would compete with the industry.

But, as we have reported, use of the free option, which was never high, has dropped sharply in the past decade. Insiders say that Intuit and H&R Block deliberately steered users away from the Free File option and to paid products. At least five of the companies in the Free File program added code to their free websites effectively hiding them from Google and other search engines.

The move is a sharp break for the agency, which as recently as April 26 defended Free File as a “successful program and partnership that’s benefited millions of taxpayers.”

The agency said it has already reached out to the companies and others as part of its review.

Last week, members of Congress led by Sen. Elizabeth Warren, D-Mass., called for the IRS and the Federal Trade Commission to investigate the companies’ compliance with the Free File program and laws banning deceptive advertising.

Separately, the IRS’ independent watchdog, the Treasury Inspector General for Tax Administration, is launching an audit of the Free File program in response to ProPublica’s reporting, the inspector general confirmed.

The inspector general last looked at the program over a decade ago, in 2007. The title of that audit report was “Additional Action Is Needed to Expand the Use and Improve the Administration of the Free File Program.”

Spokespeople for Intuit and H&R Block didn’t immediately respond to requests for comment but previously said the companies are proud of their role in Free File.

Have you worked for Intuit, H&R Block, or another tax preparation company? We want to hear from you. Fill out our questionnaire or contact Justin Elliott at justin@propublica.org or via Signal at 774-826-6240.